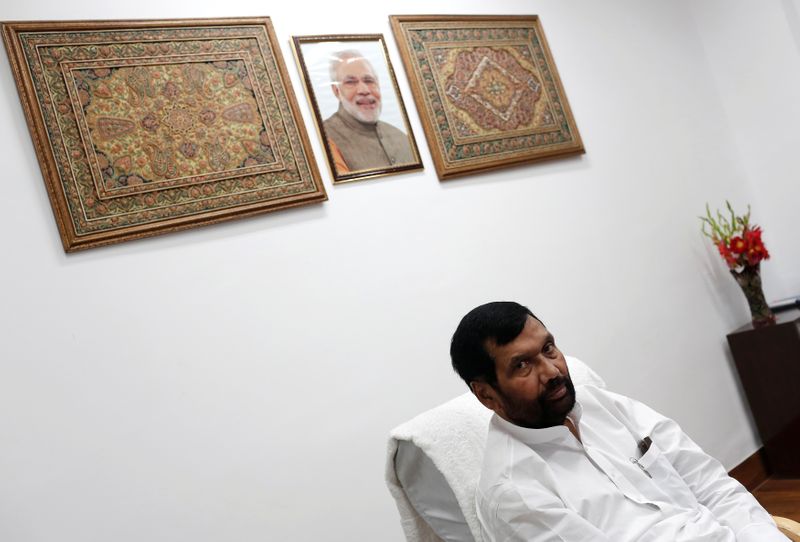 NEW DELHI (Reuters) – Veteran Indian politician Ram Vilas Paswan, a federal minister and an ally of Prime Minister Narendra Modi’s ruling coalition, died on Thursday after weeks in hospital, his son Chirag Paswan said in a Tweet. He was 74.

Paswan, India’s Minister for Consumer Affairs, Food and Public Distribution, was admitted to a city hospital on Sept. 11 and underwent heart surgery on Oct. 4.

In his role as food minister, Paswan oversaw the world’s biggest food welfare programme. Under its multi-billion dollar food aid, the government gives ultra-cheap rice and wheat to India’s millions of poor people.

“I am saddened beyond words,” Modi said in a Tweet reacting to news of his death. “There is a void in our nation that will perhaps never be filled.”

In his long political career, Paswan worked with many prime ministers and served as India’s mines, steel, and telecommunication and information minister among other portfolios.

As the chief of the Lok Jan Shakti (People’s Power) Party (LJP), Paswan joined Modi’s right-wing National Democratic Alliance (NDA) that swept India’s general election in 2014. The NDA was voted back to power with a bigger majority in 2019.

Paswan and his party represented India’s socially disadvantaged classes, which make up about three-quarters of the majority Hindu population that is about 80% of India’s 1.3 billion people.

The LJP enjoys considerable support in Paswan’s home state of Bihar in the east.

State elections in Bihar will start at the end of October and will be spread over three days, and Chirag Paswan, a lawmaker, is leading the LJP into the voting to the state legislature.