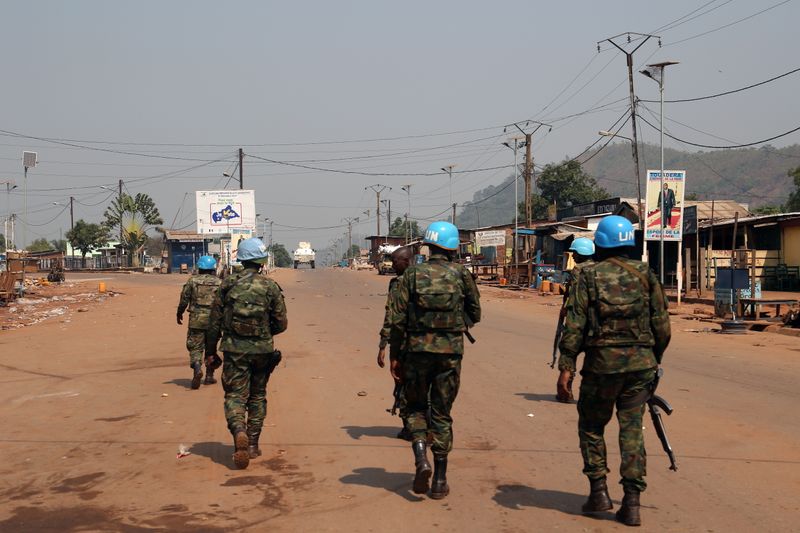 PARIS (Reuters) – A top French general in West Africa has dismissed calls for his country to engage more in Central African Republic (CAR) after rebels earlier this week attempted to take the capital Bangui, saying that the situation was different to a rebellion in 2013.

The Central African army has been battling groups backed by former president Francois Bozize that are seeking to overturn a Dec. 27 vote in which President Faustin-Archange Touadera was declared victor despite fraud claims.

Russia and Rwanda have sent troops to back the government. A separate U.N. peacekeeping mission also operates in the country, but France, which until 2016 had some 2,000 troops in the country, has remained largely in the background during the latest fighting.

“We are not in the same situation as 2013. There are 11,000 men … belonging to the MINUSCA (U.N. peacekeeping mission) and the Central African army so the conditions are not the same,” General Jean-Pierre Perrin, who heads up a French military base in neighbouring Gabon, said during a visit to Bangui on Friday.

“Mr Bozize’s adventure has no future,” he told reporters.

Paris still has about 300 soldiers working in CAR as part of a European military training mission and last week carried out fighter jet flyovers to warn rebels advancing on the capital.

Perrin dismissed suggestions that Paris was being usurped by Russia in CAR.

“Those on social media trying to split the relationship between France and CAR or oppose us to its other partners, including Russia, are neither France or CAR’s friends,” he said, adding that he had held talks with Russia’s most senior general in CAR.