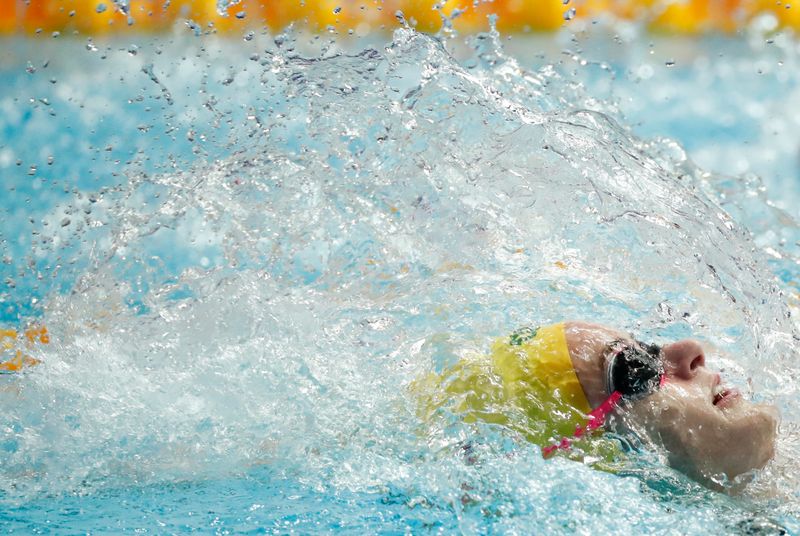 “Short course is something we don’t get to do very often, so I was excited to see what I could put up after some solid training this year,” said 19-year-old McKeown.”I headed over to my team mates and my coach and they said, ‘You just got a world-record!’, and I was like, ‘What?’. I didn’t actually know till a few minutes later.”

Australia’s national short course swimming championships were moved to a virtual platform this year because of the pandemic, with swimmers competing simultaneously in pools in Sydney, Melbourne, Brisbane, Perth and Hobart.

In long course meets, McKeown won gold in the 50m, silver in the 100m and bronze in the 200m backstroke at the 2018 Youth Olympics before claiming a senior world championship silver in the 200m in Gwangju last year.

She returned to improve her personal bests in the 100m to 58.11 and the 200m to 2:04.49 to take the Australian records in Brisbane earlier this month.

The health crisis also forced the postponement of the Tokyo Olympics by 12 months, but that has not diminished McKeown’s determination to earn a place at the biggest swimming meet of them all.

“In Australia, we have some of the top women in the world racing in my events, so it’s tough,” she told the Olympic website last month. “But being able to go to the Olympic Games is what I’ve been dreaming of.”