Iannone must wait until mid-November for CAS ruling 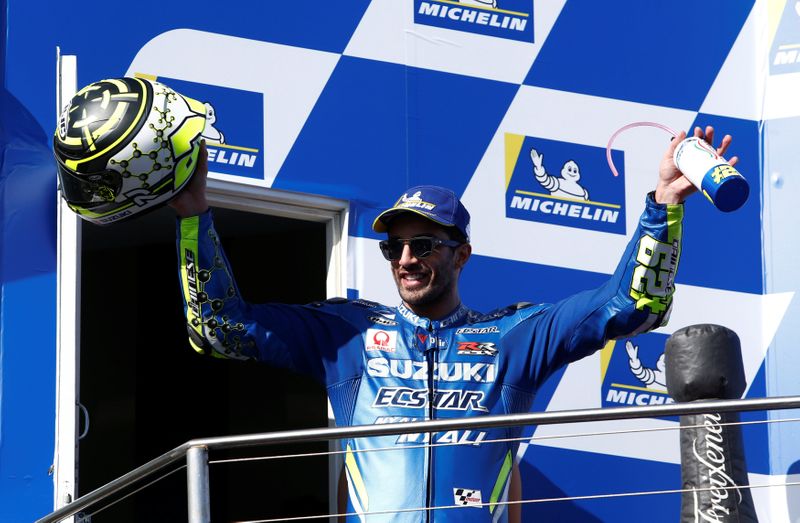 (Reuters) – Italian Andrea Iannone must wait another month to find out whether he has a MotoGP future after the Court of Arbitration for Sport (CAS) on Friday set a mid-November date for a decision on his appeal against a doping ban.

The 31-year-old Aprilia rider was handed an 18-month suspension after he tested positive for the banned steroid Drostanolone in a urine sample at the Malaysian Grand Prix on Nov. 3 of last year.

Iannone has maintained his innocence and said he ingested the banned substance accidentally through contaminated meat.

While the Italian has appealed for the decision to be annulled, the World Anti-Doping Agency (WADA) wants a four-year ban imposed.

The CAS said in a statement that a hearing took place on Thursday.

“The panel of arbitrators will now deliberate and finalise the Arbitral Award containing their decision. It is expected to be notified by mid-November 2020,” the court said.

The timeframe means Iannone would likely be able to race only once this season if the punishment is annulled — the Portuguese season-ender on Nov. 22.

A four-year ban would effectively end his career in motorcycling’s top flight.