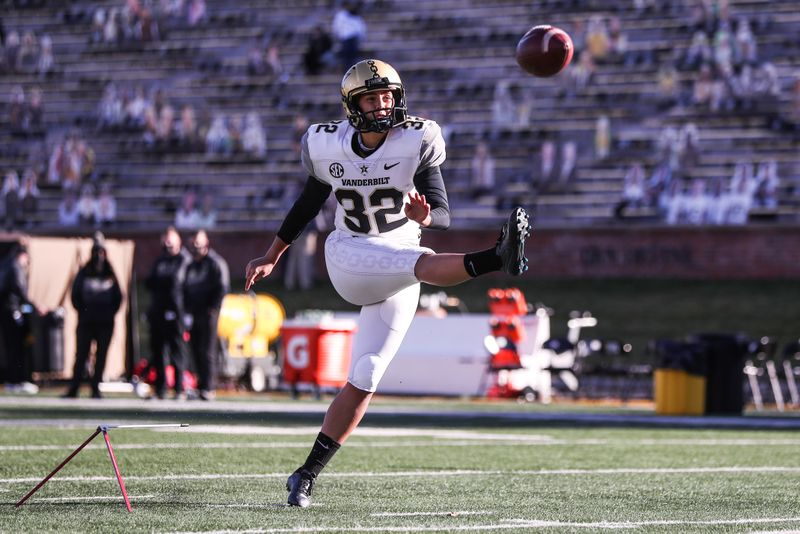 Sarah Fuller of Vanderbilt made college football history on Saturday when she became the first woman to play in a game for a Power Five team.

She got her opportunity when she kicked off to open the second half with Vanderbilt trailing 21-0. The squib kick traveled 30 yards and was covered by a Missouri player at the Tigers’ 35-yard line.

The 6-foot-2 Fuller is the goalkeeper for Vanderbilt’s women’s soccer team, which won the SEC championship last weekend.

“Honestly, it’s just so exciting,” Fuller said after the Commodores’ 41-0 loss. “The fact that I can represent all the girls out there that have wanted to do this or thought about playing football or any sport really, and it encourages them to be able to step out and do something big like this, it’s awesome.”

She joined kickers Katie Hnida (New Mexico, 2003) and April Goss (Kent State, 2015) as the only women to play in a Division I college football game. Fuller did not get the chance to attempt a field goal or extra point.

Fuller wore No. 32 for the Commodores (0-8, 0-8 SEC) and the phrase “Play Like A Girl” was stripped across the back of her helmet. She was pressed into service for the football team when the Commodores’ kickers became unavailable because of COVID-19 protocols. She tried out for the team earlier this week and was the only kicker to travel with the team to Columbia, Mo.

“She’s got a strong leg,” coach Derek Mason said earlier in the week. “We’ll figure out what that looks like on Saturday.”

Fuller was amazed by the opportunity.

“I think it’s amazing and incredible,” Fuller said Friday. “But I’m also trying to separate that because I know this is a job I need to do, and I want to help the team out and I want to do the best that I can. Placing that historical aspect aside just helps me focus in on what I need to do. I don’t want to let them down in anyway. It’s an honor they called on me to be able to do this and help them out.”