Have job, but no hours: Some employed Canadians not working at all 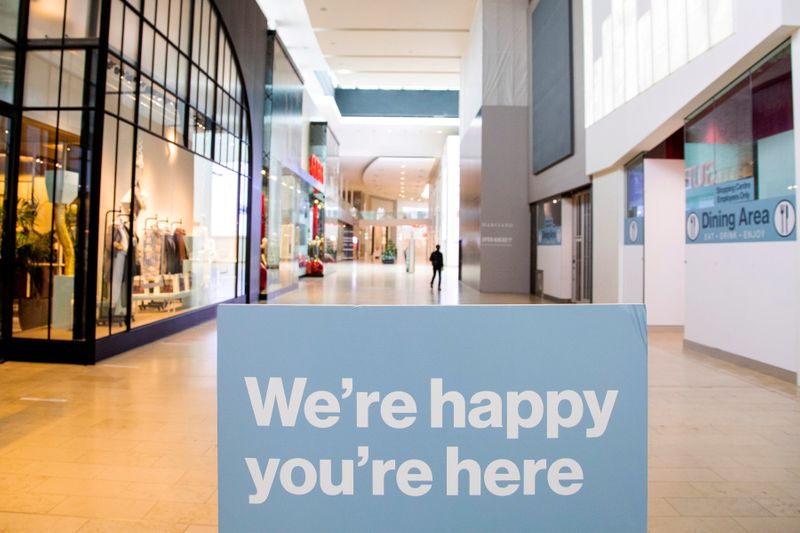 OTTAWA (Reuters) – Canadian service workers are faring even worse during the pandemic than previously thought with hundreds of thousands of those who still have jobs not actually putting in any hours at all, and a grim holiday season could add to the pain.

Canada has so far clawed back nearly 80% of the jobs lost to the COVID-19 crisis, official data shows. But a deeper analysis reveals that the ranks of the under-employed – people who are working less than half their usual hours, or none at all – have swelled to well above February levels.

There are 391,300 Canadians employed but working zero hours because of the pandemic, data provided to Reuters shows, and another 42,100 working less than half their usual hours. The vast majority of these workers are in the hard-hit service sector.

“You take a look at a restaurant or a barber: They’re operating, but they’re nowhere near capacity,” said Royce Mendes, senior economist at CIBC Capital Markets. “So there is a significant amount of unused labor.”

Under-employment, like unemployment, spiked across Canada in the spring as businesses were shuttered to curb the spread of COVID-19. But while employment has improved, under-employment remains more than 50% above pre-pandemic levels, highlighting the unevenness of the recovery and laying bare an underlying weakness that will make recovering from the next slump harder.

“There’s a whole category of workers who don’t indicate they have actually been laid off, but they might not have a business that is open to show up at,” said Brendon Bernard, an economist with online job-search company Indeed Canada.

There are always some people in the labor force who are employed but have no hours, such as substitute teachers and casual workers. The large increase in the pandemic likely reflects workers whose workplace is temporarily closed or restricted, along with those who are not working due to child care issues or health concerns, economists say.

Many of these workers are being kept on payrolls by Canada’s emergency wage subsidy, which allows businesses to retain staff even if they have no hours for them to work. That program has cost Canada more than C$50 billion ($38.2 billion) so far.

“If the business can hang on and the wage subsidy helps them do that, (the wage subsidy) makes some sense,” said Benjamin Reitzes, Canadian Rates & Macro Strategist at BMO.

The subsidy pays furloughed workers and also a portion of the salary for active employees at hard-hit businesses. Two-thirds of claims went to service-sector employers in the most recent period.

But critics say the payments can disincentivize employers from bringing back furloughed workers and some companies may never return to normal, with those sidelined employees eventually joining the ranks of the long-term unemployed.

“Those who really pay for this (policy) are the employees,” said Amir Barnea, an associate professor of finance at HEC Montreal.

Many of the under-employed work in places where physical distancing is difficult – restaurants and bars, events and tourism. These same businesses also tend to give staff extra hours, and hire more workers, during the busy holiday season.

But that is not expected to happen this year. Holiday-related job postings are down 26% compared with last year, according to Bernard from Indeed.

The under-employment crisis is also hitting entrepreneurs, who still have small businesses to run but have watched their hours, and profits, tumble amid COVID-19 restrictions.

Niesa Silzer, a Calgary-based event manager, would typically do a couple small events in November sandwiched between a 700-person conference in October and 500-person event in December, plus the holiday party season.

This year, everything is canceled, and she has just two small virtual events.

“That’s it. Then I’ve got nothing. I’m going to be dusting my house until March,” Silzer said.