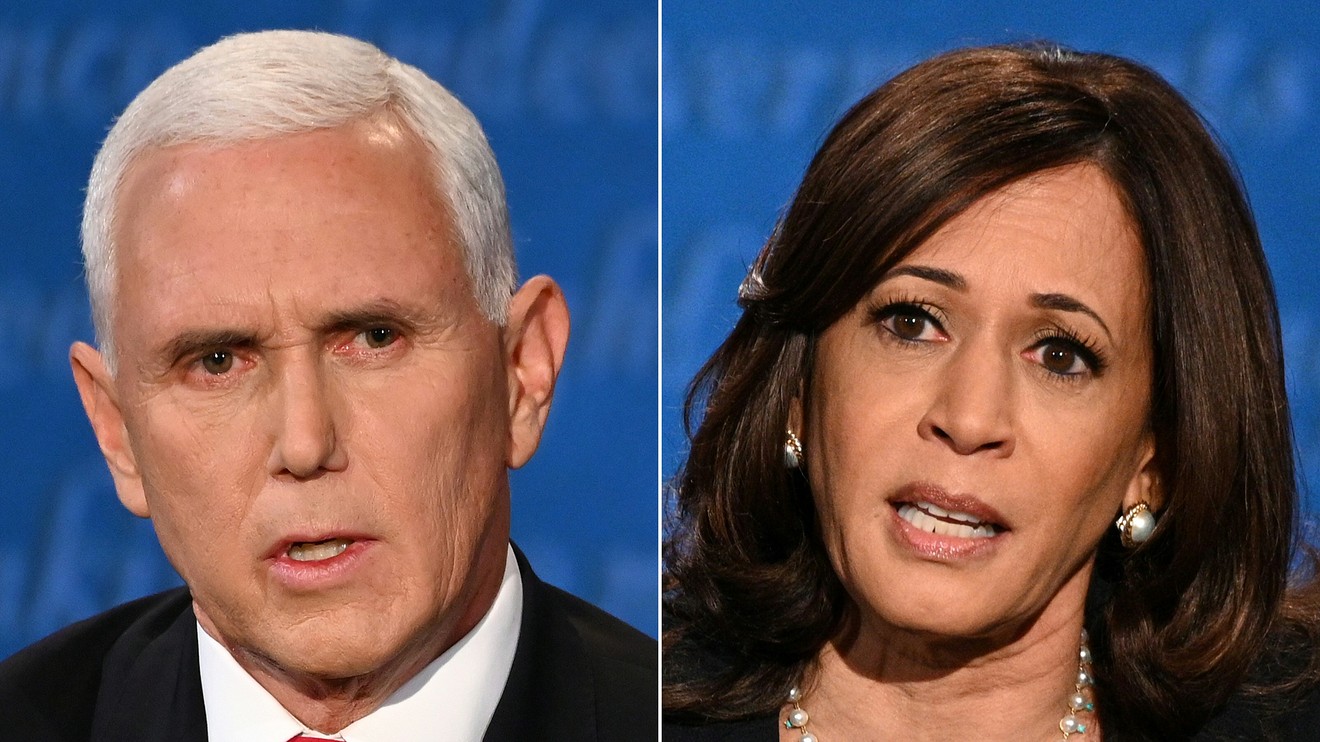 That’s not to say the pair answered all the questions posed to them.

One reply from Pence in particular could leave millions of Americans with pre-existing health conditions wishing for more.

Moderator Susan Page asked Pence to “tell us specifically, how would your administration protect Americans with pre-existing conditions to have access to affordable insurance if the Affordable Care Act (ACA) is struck down?”

Pence didn’t answer the question, though, at another point in the evening, he said the Trump administration has plans “to improve health care and protect pre-existing conditions for every American.”

That comes weeks after the president signed an executive order pledging protections so “Americans with pre-existing conditions can obtain the insurance of their choice at affordable rates.”

But Harris didn’t buy it. “If you have a pre-existing condition, heart disease, diabetes, breast cancer, they’re coming for you,” she said during the debate.

Between a coronavirus pandemic that had infected 7.5 million Americans as of Thursday and a high-stakes Supreme Court case just weeks away, health insurance for people with pre-existing health conditions is on the minds of many.

The ACA, also known as Obamacare, outlawed health insurance carriers from increasing prices or denying coverage for people due to their pre-existing conditions.

There are 54 million non-elderly adults with a pre-existing condition that would have resulted in coverage denial without the ACA, according to the Kaiser Family Foundation.

More than 100 million people also had health conditions that, without the law, would possibly result in higher premiums and coverage limits, wrote Larry Levitt, executive vice president for health policy at the foundation, which focuses public health matters.

See also: ‘We were frustrated and afraid’: Some COVID-19 patients suffer lung and heart damage, but there’s encouraging news for these ‘long haulers’

One week after Election Day, the Supreme Court will arguments in a case filed by an array of Republican attorneys general seeking to strike down the ACA, known an Obamacare. With the individual mandate penalty now at $0, the entire law falls apart, they argue.

Harris’s home state of California is leading the charge to defend the law and they say 20 million people could lose health coverage if the ACA falls.

The confirmation hearing is scheduled to roll on over the objections of Democrats like Harris. She reiterated those concerns at the debate, saying lawmakers should let the next president pick the next judge after the election.

When Page asked Pence about specific protections for people with pre-existing conditions, he pivoted to whether Harris and Biden would work to “pack the court” if they won.

That’s a tactic where the party in power would add extra seats to the nine-person Supreme Court and fill those new seats with their own appointees.

Harris didn’t answer Pence’s question. Harris and Biden say they want to build on Obamacare by adding a public health insurance option and lowering the Medicaid eligibility age to 60 from 65.

On Thursday, a Trump campaign spokesman criticized the Biden-Harris plan and defended the current administration’s work on health care matters.