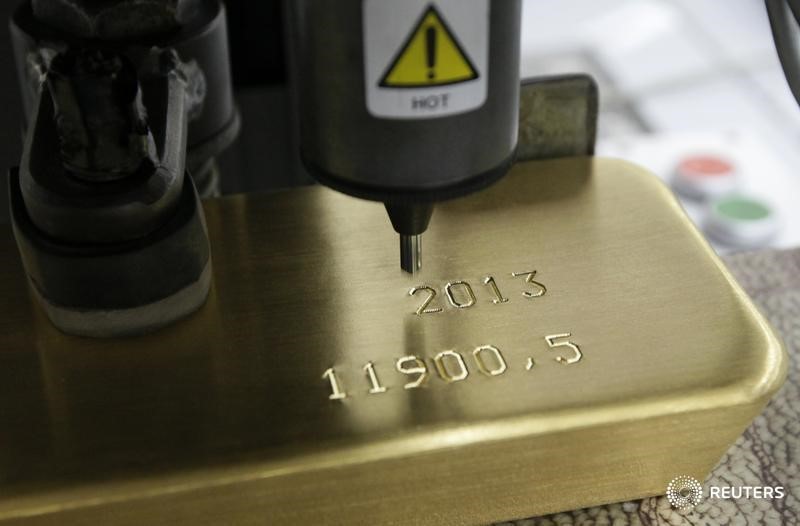 Investing.com – Gold was up on Thursday morning in Asia, with a lower-than-expected number of jobless claims overshadowed by President Donald Trump’s threat to veto the COVID-19 stimulus bill approved by Congress earlier in the week.

Trump demanded in a video uploaded to Twitter that the bill be amended to increase the amount of stimulus checks to be paid to each American from the current $600 to $2000. House of Representatives Speaker Nancy Pelosi quickly echoed Trump’s call for larger individual stimulus checks, with investors watching to see whether the House of Representatives would pass this additional measure during a pro forma session later in the day.

Data released on Wednesday showed that for the past week fell to 803,000 from the previous week’s 892,000 claims and the 885,000 claims in forecasts prepared by Investing.com. It also showed that grew 0.4% month-on-month in November, down from the 0.5% growth in forecasts and the 1.9% growth seen in October.

The COVID-19 pandemic also continues to dampen sentiment ahead of the Christmas holidays. The new B.1.1.7 strain of the virus continues to spread, with U.K. Prime Minister Boris Johnson imposing tougher restrictions across England as the strain continues to spread across the country.

The number of cases continues to rise across the Atlantic in the U.S., topping 18.4 million as of Dec. 24 according to Johns Hopkins University data. However, millions of COVID-19 vaccines sit unused in locations including U.S. hospitals, casting doubt on whether the government will reach its target of 20 million vaccinations in December.

The U.K. and the European Union also appeared to be close to signing a post-Brexit trade deal agreement. Hopes were up that both sides would avert an economic rupture on Jan. 1, even as neither side has formally announced that a deal has been reached.