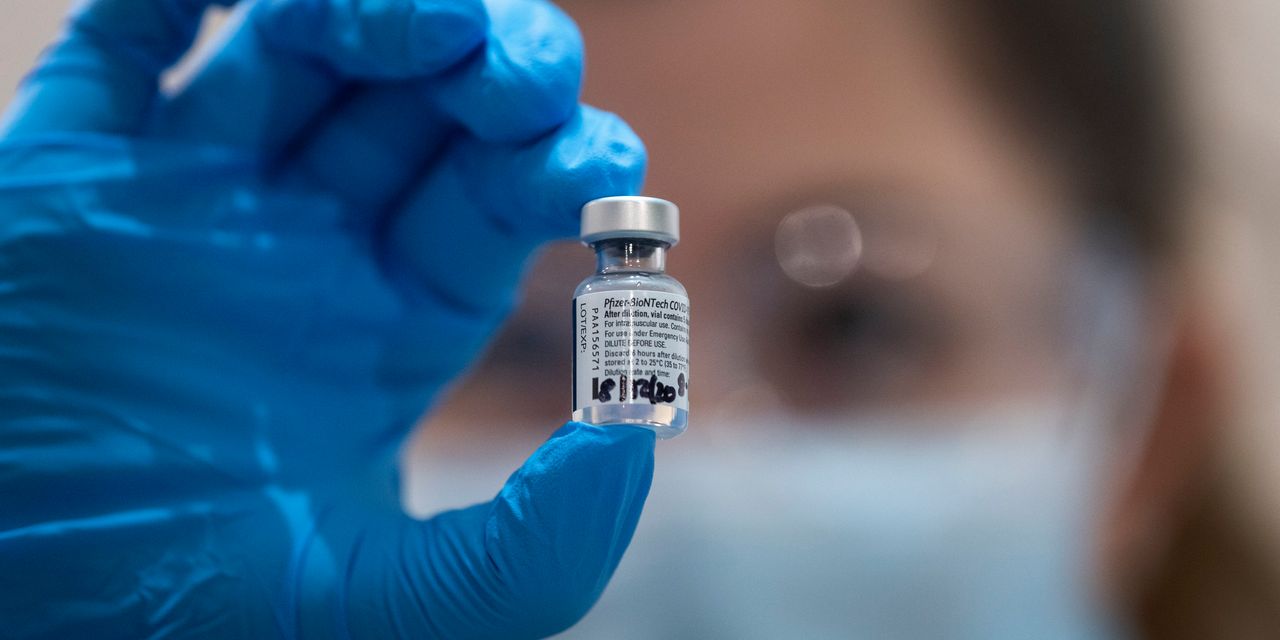 The Food and Drug Administration authorized BioNTech and Pfizer Inc.’s COVID-19 vaccine Friday evening, which will make it the first vaccine to reach Americans during the coronavirus pandemic.

“The FDA’s authorization for emergency use of the first COVID-19 vaccine is a significant milestone in battling this devastating pandemic that has affected so many families in the United States and around the world,” FDA Commissioner Dr. Stephen Hahn said in a statement. “Today’s action follows an open and transparent review process that included input from independent scientific and public health experts and a thorough evaluation by the agency’s career scientists to ensure this vaccine met FDA’s rigorous, scientific standards for safety, effectiveness, and manufacturing quality needed to support emergency-use authorization.”

The vaccine — which was developed by Germany’s BioNTech BNTX and is being commercialized by American pharmaceutical giant Pfizer
PFE,

— is the first COVID-19 vaccine to receive emergency-use authorization in the U.S. and the first mRNA product ever to receive any type of regulatory approval.

Since the first efficacy data were shared publicly, anticipation for the highly efficacious vaccine has powered gains on equity markets, where vaccination is being viewed as the beginning of the end of the COVID-19 crisis. Federal health officials have said the administration of the vaccine could begin within days of authorization.

It is also the first vaccine that will be administered to Americans during the pandemic outside of the thousands of volunteers who are participating in the Phase 3 clinical trials currently under way in the U.S. for at least four vaccine candidates. The Pfizer-BioNTech vaccine, BNT162b2, had already received emergency authorization in Bahrain, Canada and the United Kingdom.

An emergency-use authorization is a less stringent type of regulatory clearance that can be used during a public health emergency. It is not a full FDA approval; however, it has become a useful tool for regulators trying to speed the use of COVID-19 therapies and, now, vaccines during the pandemic.

“While not an FDA approval, today’s emergency-use authorization of the Pfizer-BioNTech COVID-19 vaccine holds the promise to alter the course of this pandemic in the United States,” said Peter Marks, director of the FDA’s Center for Biologics Evaluation and Research, in a statement.

The two-dose vaccine, which demonstrated a 95% efficacy rate in a late-stage clinical trial, requires people to come back 21 days after a first inoculation to get a second shot of the vaccine. It was tested in roughly 44,000 people in six countries.

An advisory committee, or AdCom, convened by the FDA on Thursday voted 17-4-1 in favor of the regulator’s authorization of the vaccine, saying the benefits outweighed the risks in people who are 16 years old and older. (A second AdCom meeting for Moderna Inc.’s
MRNA,

mRNA-based COVID-19 vaccine is scheduled to take place Dec. 17. An authorization of that vaccine candidate is also expected.)

The FDA label indicates the Pfizer-BioNtech vaccine can be used for people who are at least 16 years old, although the first doses of the vaccine are expected to go to health-care workers and nursing-home residents, two groups at the highest risk of contracting the virus, according to the Centers for Disease Control and Prevention’s Advisory Committee on Immunization Practices.

Pfizer and BioNTech first established a partnership in 2018 to develop mRNA, or messenger ribonucleic acid, vaccines to prevent infections with seasonal flu. BioNTech and Pfizer announced plans in mid-March to jointly develop a COVID-19 vaccine, meaning the companies developed, tested and won authorization for a vaccine in less than 10 months. (Their partnership excludes the China market.)

This is the fastest timeline in which a vaccine has ever been developed.

“For a drug R&D geek like me, this is just the Holy Grail,” said John LaMattina, a longtime pharmaceutical executive who ran Pfizer’s research-and-development business for 30 years. “Are you kidding me? It’s unprecedented to do something like this.”

Wall Street analysts expect the vaccine to generate billions of dollars in sales within a year. Mizuho Securities’ Vamil Divan expects the vaccine will bring in more than $8 billion in sales by the end of 2021, which could make it Pfizer’s top-selling drug next year, he said. In 2019, Pfizer’s top-performing drug was Prevnar 13, a pneumococcal vaccine that generated $5.8 billion in sales.

Beyond the direct sales impact, analysts also view Pfizer’s quick development of the vaccine as an indicator that it is evolving from a slow-moving corporate pharmaceutical giant into the kind of nimble biopharma company that most excite investors.

“The speed with which Pfizer has moved to develop this vaccine candidate is also encouraging to us and suggests Pfizer may be able to meet its stated objective of being a faster-moving, more nimble biopharmaceutical company, which we believe would allow for further multiple expansion over time,” Divan wrote on Dec. 6.

Unlike some of the other drug manufacturers developing COVID-19 vaccines, BioNTech and Pfizer did not take federal funding under the so-called Project Warp Speed to support development of the candidate. Instead, they brokered a deal this summer under which the U.S. government would acquire 100 million doses for $1.95 billion, with the option to buy an additional 500 million doses, with the deal reflecting a price of about $20 per dose in the U.S., according to SVB Leerink’s Geoffrey Porges.

Since the start of the year, shares in both companies have rallied, with BioNTech’s stock soaring 269.3% and Pfizer’s stock gaining 12.7%. The S&P 500
SPX,