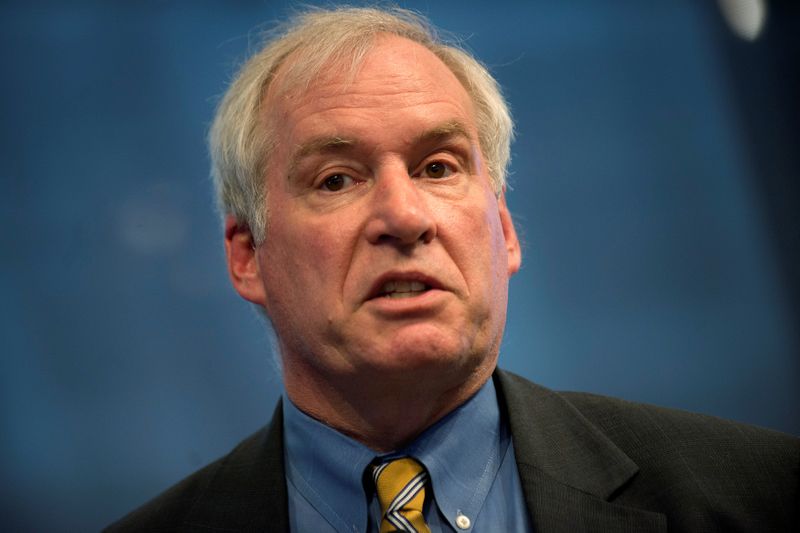 (Reuters) – The U.S. economy could face significant weakness over the next couple of months until coronavirus vaccines are widely distributed, but those vaccines, combined with the increased odds for fiscal stimulus under President-elect Joe Biden, could boost the economy in the long run, Boston Federal Reserve Bank President Eric Rosengren said on Wednesday.

“I’m expecting that the labor market is going to be stagnant for the next couple months until we have much more widespread vaccinations,” Rosengren said in an interview with Reuters.

The sectors most impacted by the pandemic, including accommodation, food and entertainment, will need more fiscal support until vaccines make it possible for consumers to return widely to those activities, Rosengren said.

“As we get into the end of the second quarter, I’m hoping enough people are vaccinated that we can start spending, particularly in those areas where we haven’t been able to spend,” Rosengren said.

Asked about the Main Street Lending Program, which was administered by the Boston Fed, Rosengren said a fiscal program that provides grants to struggling businesses may be one of the most effective ways to support mid-sized companies, Rosengren said.

Absent fiscal support, determining whether the Fed needs to establish more emergency lending programs would depend on what happens with the economy and if the requirements for “exigent” circumstances are met, Rosengren said.

For example, the Fed may need to provide more lending support in a scenario where the vaccines were not effective, causing the economy to spiral downward, Rosengren said. But he is expecting the economy to improve as more people are inoculated, he said.

The Fed official said he has had routine discussions with Biden’s transition team to provide general background about the structure of the Fed’s lending programs.

The Main Street lending program saw a surge in interest from borrowers and lenders in December after Treasury announced that the program would close at year-end, Rosengren said Tuesday during a virtual presentation organized by the Greater Boston Chamber of Commerce.

The program, which was tapped by over 1,800 companies receiving more than $16.5 billion in loans, might have reached more borrowers if there had been less focus on avoiding losses, he said on Tuesday. For example, the program could have paid fees to lenders for loans that performed well, rather than asking banks to take on 5% of the risk, he said.