Fed’s Kashkari aims for Beige Book that looks beyond business 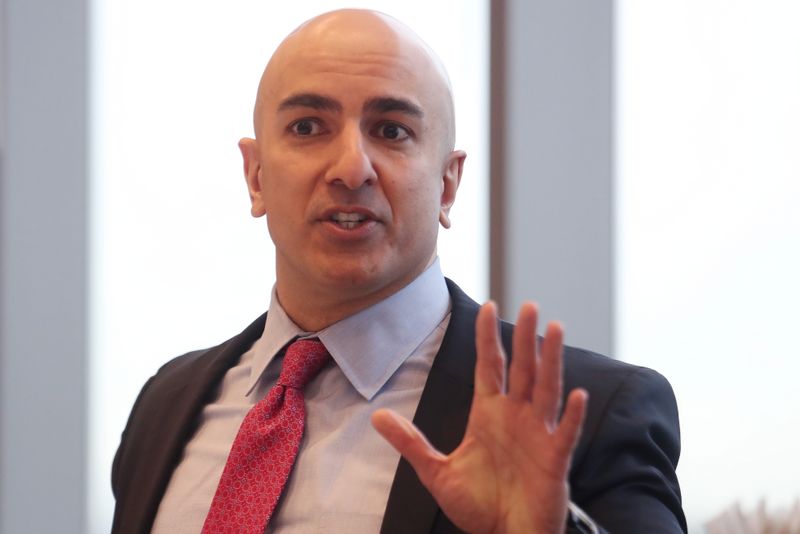 © Reuters. President of the Federal Reserve Bank on Minneapolis Neel Kashkari speaks during an interview in New York

(Reuters) – If Minneapolis Federal Reserve President Neel Kashkari gets his way, the U.S. central bank may soon be getting a more frequent earful from what he sees as an overlooked community: workers.

Kashkari on Wednesday said he is working with the staff of his bank to retool how they contribute to the Beige Book, the pulse-taking economic survey the 12 regional banks in the Federal Reserve system conduct ahead of the eight scheduled policy-setting meetings each year.

In Kashkari’s view, the voice of business is over-represented in Fed policy deliberations, he said during a virtual conference hosted by the Minneapolis Fed. One of the contributors to that is that the Beige Book features economic anecdotes collected almost exclusively from business contacts across each bank’s district.

“I think it’s been noted that businesses are far over represented, that voice, in those Beige Books,” Kashkari said.

Indeed, the description of the Beige Book on the Federal Reserve Board’s website https://www.federalreserve.gov/monetarypolicy/beige-book-default.htm makes no mention of collecting information from workers and consumers: “Each Federal Reserve Bank gathers anecdotal information on current economic conditions in its District through reports from Bank and Branch directors and interviews with key business contacts, economists, market experts, and other sources.”

Kashkari wants to change that.

“One of the things I’m talking to our staff here in Minneapolis about,” he said, “is how can we look at how we create our contribution to the Beige Book so that workers and diverse communities have a much bigger footprint in the Ninth District’s Beige Book.”

Kashkari’s remarks are emblematic of a new push at the Fed to expand the network of communities with which it typically interacts. Ahead of a recent overhaul of its operating framework, it hosted a series of “Fed Listens” events over the course of nearly a year, gathering input from community and labor groups that have not traditionally had an easy path for their voices to be heard by monetary policymakers.

Wednesday’s forum, titled “Racism and the Economy,” was the kickoff for a series of events being organized by the reserve banks of Minneapolis, Atlanta and Boston aimed at highlighting the implications of racism in the United States and what steps institutions like the Fed can take to dismantle structural racism.