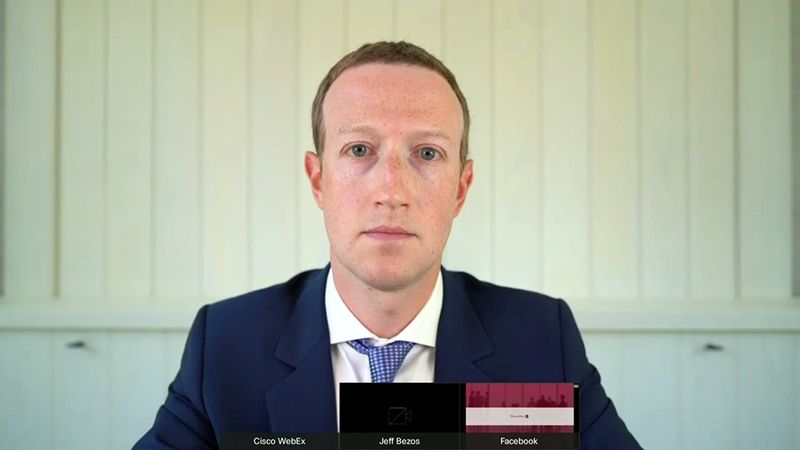 © Reuters. Hearing of the House Judiciary Subcommittee on Antitrust, Commercial and Administrative Law on “Online Platforms and Market Power”, on Capitol Hill in Washington

By Richard Cowan and Nandita Bose

WASHINGTON (Reuters) – The U.S. Senate Judiciary Committee said on Friday the chief executives of Twitter Inc (NYSE:) and Facebook Inc (NASDAQ:) will testify before the panel on Nov. 17 over their decision to block stories that made claims about Democratic presidential candidate Joe Biden’s son.

The Judiciary committee voted on Thursday to subpoena the two CEOs.

The executives will testify on allegations of anti-conservative bias, the committee said. The companies have come under heavy criticism from conservatives over their decision to flag two New York Post stories as spreading disinformation.

The CEOs of Facebook, Twitter and Alphabet (NASDAQ:) Inc will also testify before the Senate Commerce Committee on Oct. 28 about a key law protecting internet companies.

Republican President Donald Trump and many Republican lawmakers have continued to criticize tech companies for allegedly stifling conservative voices. Both hearings are aimed at discussing the issue.