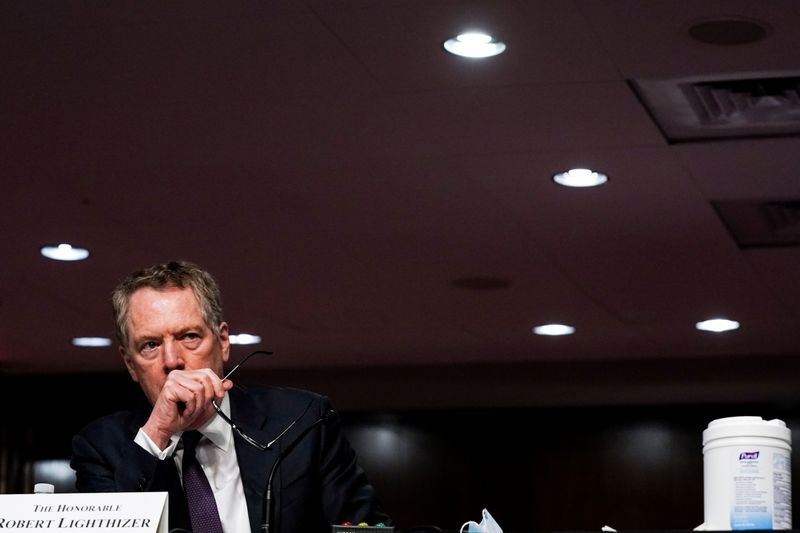 By Andrea Shalal and David Lawder

WASHINGTON (Reuters) – The United States and Europe should agree to cooperate in opposing any future “hurtful” subsidies used by China to build up its commercial aircraft industry, U.S. Trade Representative Robert Lighthizer told Reuters in an interview.

Lighthizer said he was working to settle a 16-year-old dispute between Washington and Brussels over past government aid to aircraft manufacturers, but expressed frustration that current World Trade Organization rules would not prevent future subsidies by the European Union or China.

“If this plays out, they can start a new subsidy tomorrow, and drag out that litigation for five or six years, and there’s nothing under the WTO that you can do about it at all,” Lighthizer said in a rare interview late on Tuesday.

He said he had made several proposals to settle the matter before the Trump administration leaves office on Jan. 20.

“In every proposal I’ve made, I’ve said we have to have a clause that says, that whatever we agree to, if China starts to do massive subsidies in this area and it’s hurtful, we have to be able to work together to solve that problem,” he said.

The comments address what many trade experts have long regarded as the end game of the 16-year trade dispute – a transatlantic deal that the two sides could use to curb future subsidies by China in its fast-growing aerospace industry.

The WTO has ruled against every past use of government loans to develop new airplanes, but has not outlawed future subsidies.

U.S. and European negotiators have been engaged in intensive talks about ending the dispute over government aid to Europe’s Airbus, which is politically backed by Britain, France, Germany and Spain, and U.S. aid to planemaker Boeing (NYSE:).

One European diplomat said there were still significant differences about how to resolve the issue, but expressed confidence the two sides would eventually reach an agreement.