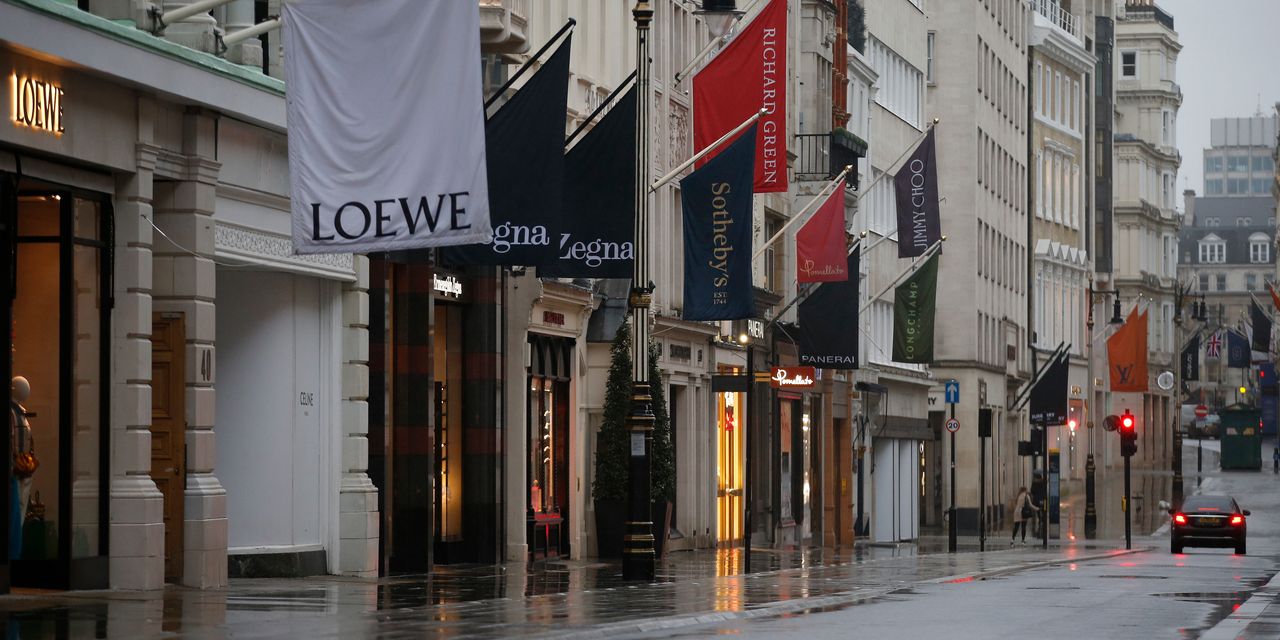 European stocks slumped on Thursday, feeling the pressure from a wild day on Wall Street in which major funds took positions off the table so that they didn’t get burned by a band of retail investors punishing short sellers.

were pointing to opening declines again on Thursday, though not as steep as the 633-point nosedive for the Dow Jones Industrial Average
DJIA,

The backdrop for the losses in markets are the remarkable gains for a group of stocks that many hedge funds have bet against.

“There was no clear catalyst behind the tumble in equities, but market chatter suggests that it may have been due to hedge funds with short positions in GameStop and other meme stocks closing long positions in other stocks to cover their losses, following the frenzy rally in the former group. The slowdown in the COVID vaccinations rollouts in Europe and the U.S. may have also weighed on market sentiment. On top of that, Wall Street accelerated its tumble following the FOMC [Federal Open Market Committee] decision,” said Charalambos Pissouros, senior market analyst at JFD Group.

NOK,
,
the one European company that is championed on the Reddit WallStreetBets forum, in part due to its dual listing in the U.S., edged 2% lower in Helsinki, following a 14% rise the prior session. The telecom-equipment maker issued a statement on Wednesday saying it had no material explanation for the sudden rise in its stock.

rose 4%, helped by reporting a 1% rise in organic sales during its fiscal first half. Diageo also lifted its interim dividend by 2% and said it expects sequential improvement in the second half.