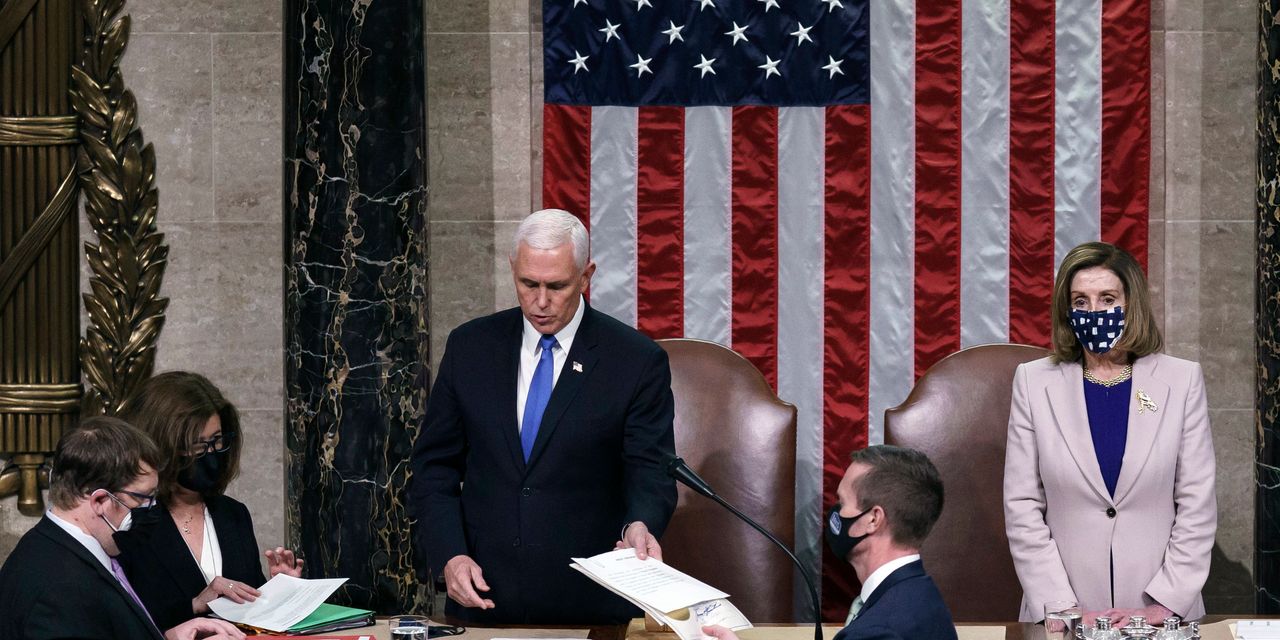 European stocks extended gains on Thursday, on hopes both for a near-term boost of adrenaline to the global economy as well as hopes that vaccines will eventually put an end to the coronavirus pandemic.

After a 1.4% gain on Wednesday — the best advance since U.S. drug company Pfizer
PFE,

U.S. stock futures — including those of the Nasdaq-100
NQ00,
,
which fell Wednesday on regulatory concerns — advanced as well.

The two-day stretch was triggered by the Democrats recapturing the U.S. Senate, which improves the chances of fiscal stimulus. After a chaotic and violent day in the U.S. Capitol, President Donald Trump in the early hours pledged an “orderly transition” for the first time, as Congress certified the victory of President-elect Joe Biden.

Mark Hamilton, chief investment officer at Hirtle Callaghan, said the backdrop for the gains is the prospect the global economy will heal after vaccinations.

“Markets are pricing off the assumption that we’ll be able to achieve a recovery, and in the meantime, you do have this massive policy support, whether you are looking at the U.S. or Europe in terms of low rates,” he said. “If I look specifically at the equity risk premium, it’s actually in the same range it’s been in the last six or seven years, it’s just built off a very low rate, so I think there’s a vulnerability if rates would normalize.”

“So I don’t know if anything’s terribly mispriced, but you can certainly make the argument that nothing is particularly cheap,” he added.

Of stocks on the move, French construction-materials group Saint-Gobain
SGO,

slipped 3% as the discount airline cut its traffic guidance, citing the restrictions in many European countries.