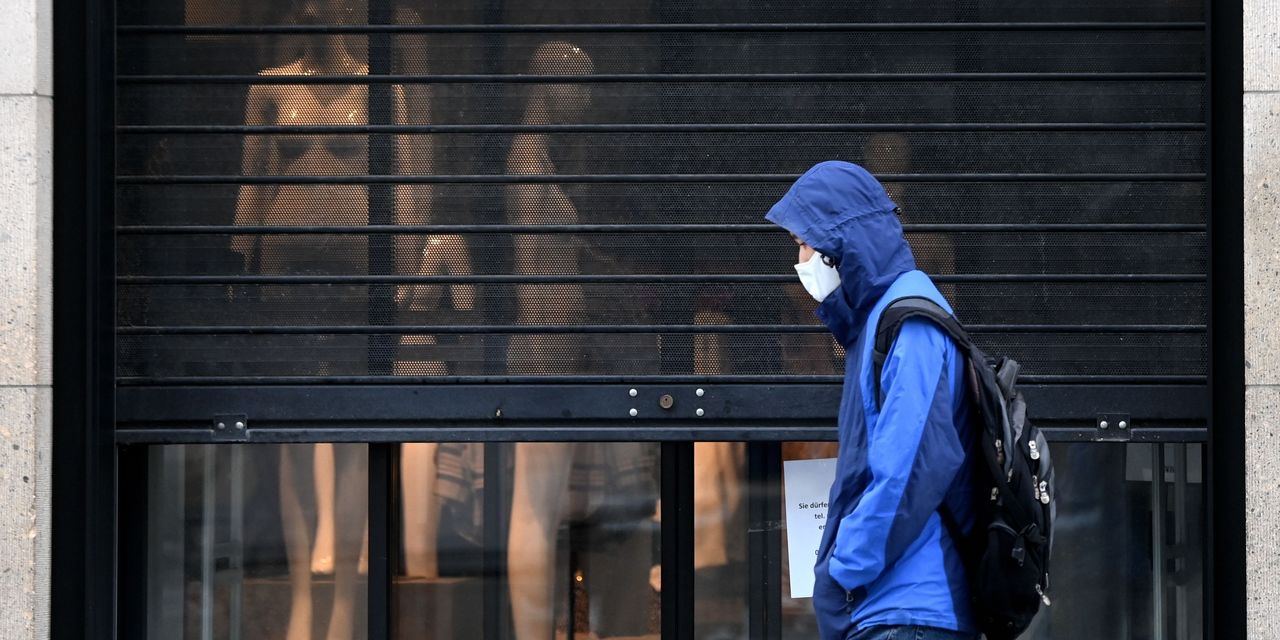 European indexes traded around flat on Tuesday, with COVID-19 infections and lockdown measures remaining top-of-mind in Europe as expectations continue that massive fiscal stimulus is coming in the U.S.

was flat, and Frankfurt’s DAX
DAX,

were up 73 points, set for a soft but positive open after falling more than 89 points on Monday to 31,008 from Friday’s record highs.

Analysts say concerns about COVID-19 are weighing on investor sentiment ahead of the coming earnings season.

The COVID-19 situation remains critical in Europe, where on Monday England’s chief medical officer said the most dangerous time in the pandemic was immediately ahead. The U.K. logged more than 46,000 new coronavirus infections on Monday.

The European Union is racing to contain the spread of the new, more contagious variant of the virus identified in the U.K., with the French prime minister telling lawmakers that a third lockdown in France couldn’t be ruled out, according to reports.

“In Europe markets have opened modestly higher, as we pause a little after the decent start to the year seen last week,” said Michael Hewson, an analyst with CMC Markets. “The FTSE 100 in particular is underperforming, slipping into the red in early trading, however it was also the best performer last week by some way.”

With the inauguration of President-elect Joe Biden just a week away, markets are eagerly anticipating a new round of fiscal stimulus to help balance the economic effects of COVID-19. U.S. Treasuries have reacted in kind, with the 10-year note
TMUBMUSD10Y,

rising to its highest level since the COVID-19 pandemic began — up 3 basis points to 1.15%.

“The caution being exhibited this week seems entirely sensible, particularly so given the strong start to the year, and when set against the sharp rise in yields seen in the past few days, which has made long-term U.S. treasuries slightly more attractive,” Hewson said.

Read: Already spent your $600 stimulus check? Another one may soon be on its way

A rebound in oil prices came on the back of expectations that U.S. crude stockpiles have fallen for the fifth week in a row, ahead of a report from the American Petroleum Institute late in the day.

was 0.65% higher on Tuesday, while West Texas Intermediate
CL.1,

was 1% higher in Paris trading while Eni
ENI,

saw its stock surge in Copenhagen trading. Shares rose more than 3% after a major broker, Berenberg, upgraded the stock to buy and set a target more than 17% higher than the price on Monday.

stock rose more than 1%, after the French car maker said that it doubled its sales in the European electric-vehicle market in 2020, and that total orders at the end of December 2020 were 14% higher than the same month in 2019.