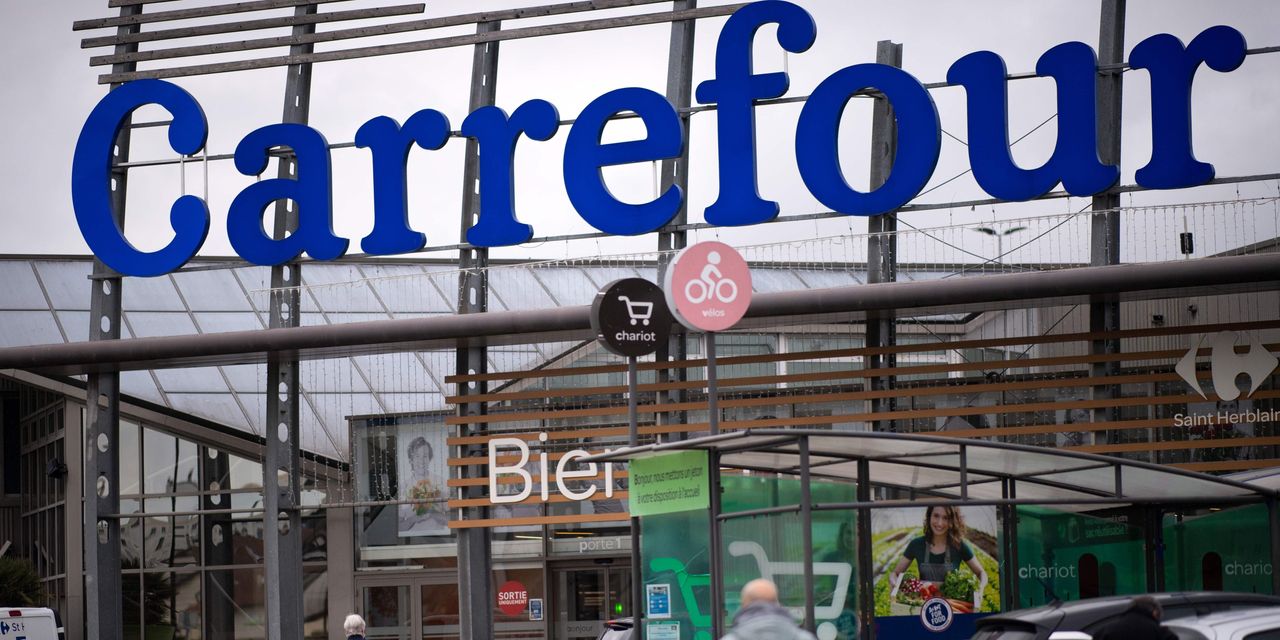 said it was in early-stage takeover talks.

French finance minister Bruno Le Maire said in a television interview that the country’s “food sovereignty” was at stake. He said “at first glance” that he did not favor the deal.

modestly higher despite the Carrefour decline.

The gains came after CNN reported that President-elect Joe Biden, who is due to speak in Wilmington, Del., on Thursday, will outline a $2 trillion proposal that will include more direct payments to American families and significant state and local funding. CNN’s report sent the yield on the 10-year U.S. Treasury higher.

“The news is helping to support broader macro risk, with rates higher and commodities mostly higher but not explosively so,” said Stephen Innes, chief global markets strategists at Axi.

and Tencent
700,
.
Investment group Prosus
PRX,
,
which holds about a third of Tencent, gained 4% in Amsterdam.