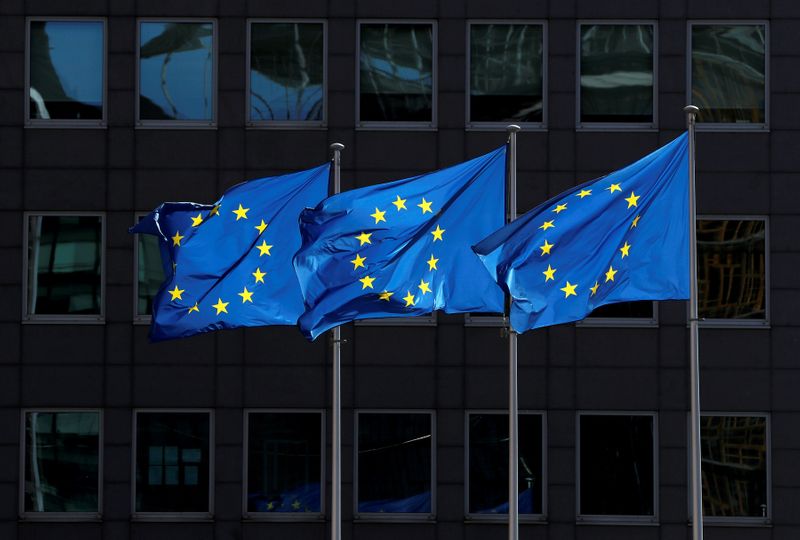 By Jan Strupczewski and Gabriela Baczynska

BRUSSELS (Reuters) – The European Union edged closer on Wednesday to a deal over the bloc’s budget and recovery package of 1.8 trillion euros after national governments offered concessions, but key differences remained.

EU leaders agreed at a marathon summit in July on the seven-year budget and the recovery plan to help lift Europe’s economy from its deepest ever recession caused by the COVID-19 pandemic.

But the deal must still be approved by EU lawmakers and ratified by the bloc’s 27 national parliaments.

After six weeks of talks, EU governments represented by current chair Germany and the European Parliament have narrowed down their differences to a binding timetable for introducing new EU taxes, more money for certain projects and conditions attached to disbursements.

“I am convinced that we both agree that the time has come to focus minds, bridge remaining gaps and reach a package deal now,” German ambassador to the EU Michael Clauss wrote in a letter to the head of the EU budget committee, Jan Overtveldt.

“This ‘offer’ is neither new, nor acceptable, because it mainly exploits the already narrow margins left for the upcoming financing period,” the official said.

In a letter from the German presidency, seen by Reuters, EU governments agree to allot up to 10 billion euros more for projects identified by the parliament, such as education, research and development, health or defence, but EU lawmakers want 38.5 billion.

Parliament also wants a clear link between new sources of EU revenue and the repayment of 750 billion euros in loans that the EU as a whole will take for the recovery plan, as well as a concrete timetable for when each new revenue kicks in.

The biggest fight, however, is likely to be over conditions linked to the cash, especially over whether governments must respect the rule of law to receive EU funding.

Such a condition is highly controversial because Poland and Hungary are under EU investigation for allegedly undermining the independence of courts, media and NGOs, and could thus have EU funds suspended. Warsaw and Budapest have threatened to block the recovery package unless this condition is removed.