Election: Could Election Night 2020 drag on for days, or even weeks? These states may offer clues 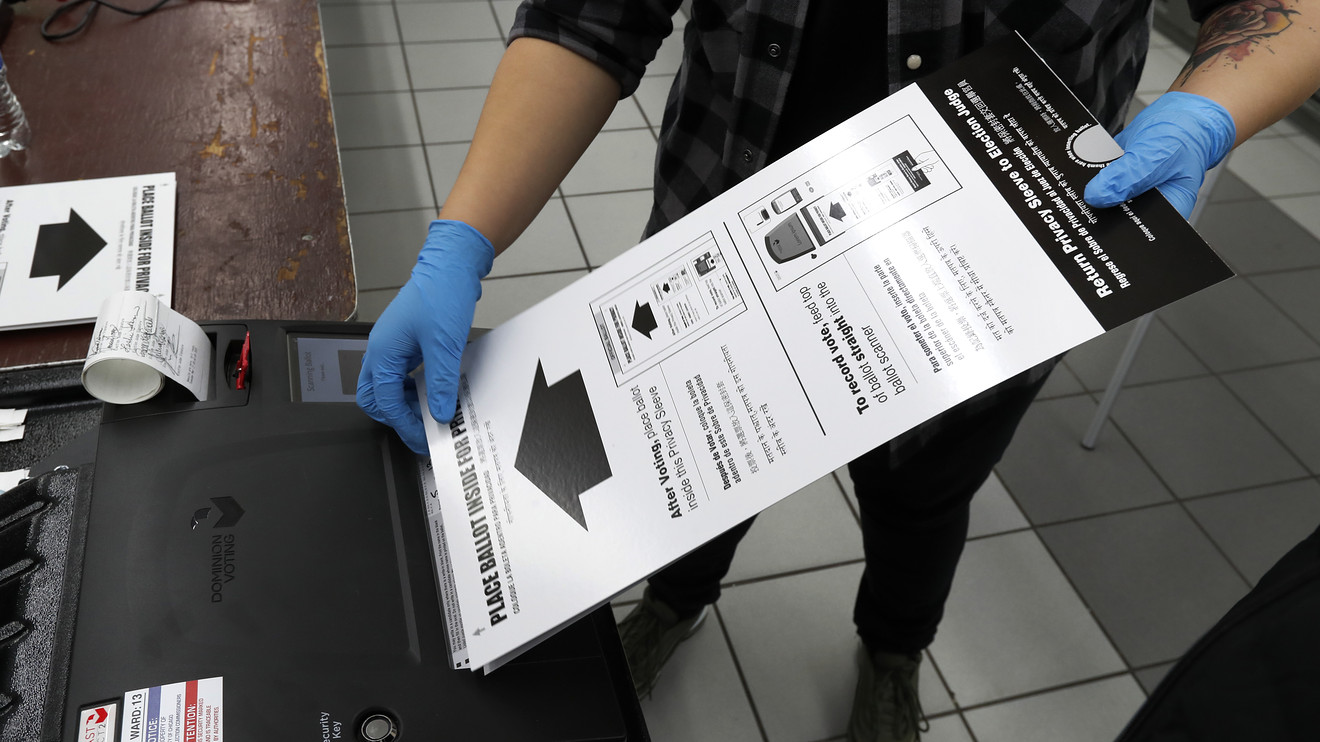 It’s one of 2020’s biggest questions: When will we know the winner of the presidential election?

While a variety of Election Night (or Week) scenarios exist, a few states will serve as early indicators in the contest between President Donald Trump and former Vice President Joe Biden.

And, conversely, a few other states may point to a long wait for a decision.

As Americans vote by mail in droves this year due to the coronavirus pandemic, one indicator of a winner may come from Florida. Since the perennial battleground state begins processing mail-in ballots 22 days before the election, it will have more results on Election Night than other key states, where officials are required to wait until Election Day to begin counting.

“Florida typically counts its votes relatively quickly and comprehensively,” wrote Kyle Kondik of the University of Virginia’s Center for Politics on Thursday. “If either candidate, particularly Biden, wins Florida by more than a point or two, that candidate is very likely winning the Electoral College overall.”

But if Florida’s vote is close, said Susan MacManus, a professor emerita at the University of South Florida, “it could be days or weeks before certification of the results.” She cited as one reason the time-consuming tasks of opening a huge number of mail ballots that arrive on Election Day and checking signatures.

Now see:4 common mistakes that could get your mail-in ballot rejected — and how to make sure your vote is counted

More Democrats than Republicans have requested mail-in ballots in many states. Trump voters, meanwhile, are more likely to vote in-person on Election Day than Democrats, polling has shown.

More than 21.6 million Americans have cast their votes either by mail or in-person so far this election season, according to the U.S. Elections Project, which tracks voting data.

See:Avalanche of early votes is transforming the 2020 race, and election experts predict this year’s turnout could be higher than any presidential election’s since 1908

Arizona may provide another early read on how the vote is going. The state, which Trump won by 3.5 points in 2016, is the site of a fierce battle this year, with Biden leading the president by three percentage points in polls. Officials there may begin tallying mail ballots 14 days before Nov. 3, according to the National Conference of State Legislatures.

On the flip side, Michigan, Pennsylvania and Wisconsin could keep the election a nail-biter for days.

“The biggest note of caution is that those three key states are unlikely to report final results on the night of Nov. 3,” said Greg Valliere, chief U.S. policy strategist at AGF Investments, in a note this week. “It could take several days before a winner is declared.”

The reason: In Pennsylvania and Wisconsin, mail ballots must be processed and counted beginning on Election Day, and not before.

Amid the patchwork of ballot processing and counting laws, Michigan is another key state to watch.

A law signed earlier this month by Gov. Gretchen Whitmer gave officials more time to begin processing mail ballots. But not much. Officials may open ballots between 10 a.m. and 8 p.m. the day before Election Day. Previously, they couldn’t remove ballots from outer envelopes until 7 a.m. on Election Day.

Read:Here are Wall Street’s favorite stocks for an election-relief rally

Trump won those three states in 2016 by fewer than 80,000 votes combined, paving his path to an Electoral College victory over Hillary Clinton. This year, Biden has leads of more than six points over Trump in all three battlegrounds, according to RealClearPolitics’ poll averages.

As recently as Thursday, Trump — who has frequently questioned the legitimacy of mail ballots — did not directly answer a question about conceding the election if Biden wins. “All I want is a fair election,” he told Fox Business host Stuart Varney. He said during an NBC News town hall on Thursday night that he would accept a peaceful transfer of power if he loses, but added, “I want it to be an honest election.”

Worries of a long wait for a winner may be overblown. With less than three weeks until Election Day, investors’
US:SPX
expectations of a so-called Blue Wave are creeping higher, as Eurasia Group analysts wrote in a note on Thursday.

“Markets are showing signs of optimism on an expectation of a Blue Wave election resulting in Democrats taking control of both houses of Congress, Joe Biden winning the White House by a large enough margin that there is reduced risk of November uncertainty about the outcome, and a unified government delivering a long-awaited fiscal stimulus early next year,” wrote the firm’s Jon Lieber, Jeffrey Wright and Regina Argenzio, adding: “We share this view.”