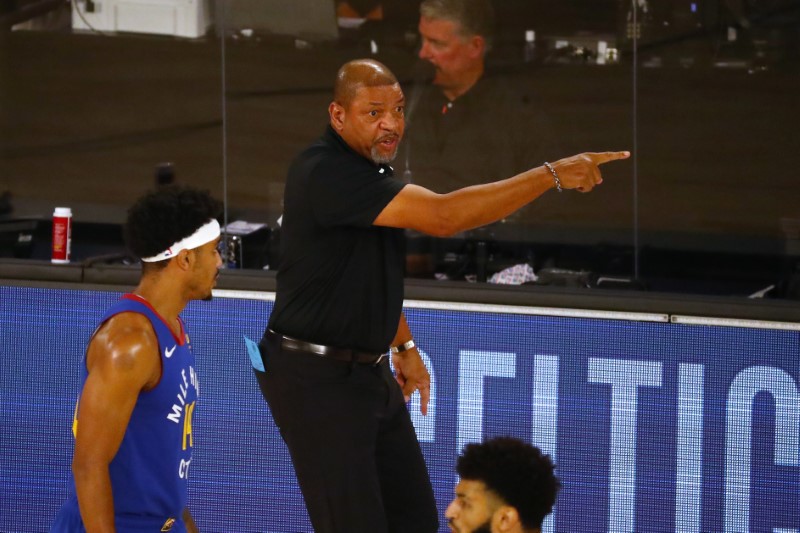 Doc Rivers confirmed Monday that he is no longer the coach of the Los Angeles Clippers.

It wasn’t immediately clear if Rivers was fired or the parting was mutual.

His departure comes 13 days after the Clippers finished blowing a 3-1 lead in a Western Conference second-round series against the Denver Nuggets. Denver won the final three games.

“When I took this job, my goals were to make this a winning basketball program, a free agent destination, and bring a championship to this organization,” Rivers said in a statement posted on Twitter. “While I was able to accomplish most of my goals, I won’t be able to see them all through.

“Though it was a disappointing ending to our season … I know what this team is capable of accomplishing.”

The Clippers were viewed as massive disappointments in the NBA playoffs due to the collapse against the Nuggets.

The final three setbacks were ugly as Los Angeles led by as many as 16, 19 and 12 points, respectively, in the losses.

The Clippers were forecasted to contend for the NBA title after landing All-Stars Kawhi Leonard and Paul George in the summer of 2019.

But the team was reportedly dealing with chemistry issues during their postseason stay at the “bubble” near Orlando. Lou Williams (NYSE:) publicly cited the chemistry as an issue after the Game 7 loss to the Nuggets.

The Clippers had a 49-23 regular-season record and earned the No. 2 seed in the West.

Rivers compiled a 356-208 mark in seven seasons with the Clippers. The team made six playoff appearances.