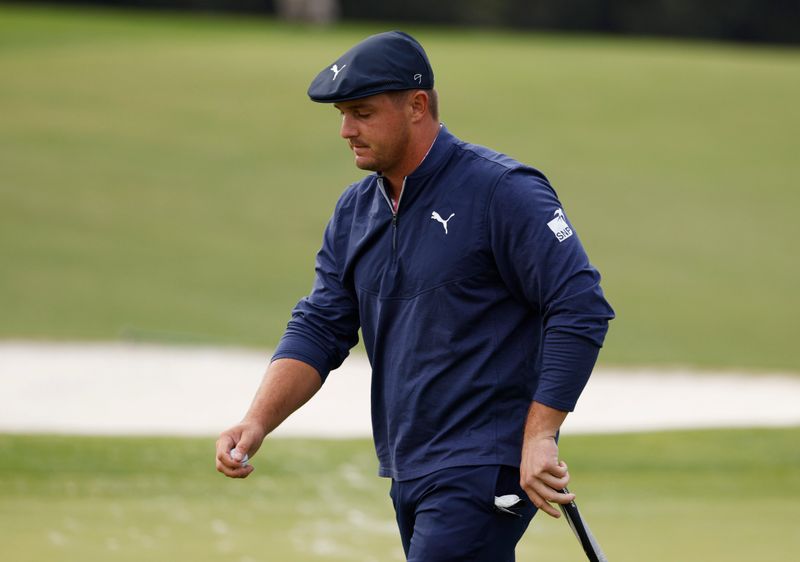 (Reuters) – American Bryson DeChambeau said the “crazy overworking” of his brain due to tournament stress and health issues caused him to feel dizzy at the Masters last year, but he has found a way to overcome the problem.

DeChambeau finished tied for 34th and had no answers for his dizziness during the tournament at Augusta National in November, saying he was only able to operate at 60%.

It was a disappointing effort at the season’s final major with the 27-year-old a pre-tournament favorite having won the U.S. Open with an aggressive style after adding 40 pounds of muscle last year.

“I went to multiple doctors… I’ve done a lot of brain training… and the frontal lobe of my brain was working really hard. That’s kind of what gave me some weird symptoms, like crazy overworking,” DeChambeau told reporters.

“We’ve registered inflammation in the stomach from the changes I’ve made. So there was that, and the stress of the tournament. It was a combination of a few things that escalated my brain, overworking and ultimately just giving out.

“As I started to relax my brain a bit and… got on a good sleep schedule routine, a lot of those symptoms went away. They come back every once in a while, but as I do a lot of breathing, it goes away and that’s what I’m focused on trying to do.”

DeChambeau is set to compete in the Saudi International from Feb. 4-7.