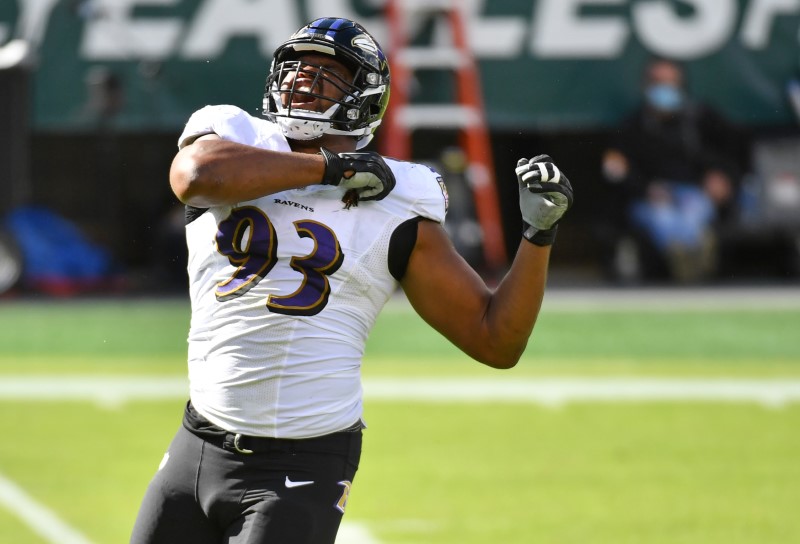 The return of Campbell, who has four sacks, will be a big boost for the struggling Ravens. After a 5-1 start, Baltimore has lost four of its past five games and is out of playoff position ahead of Tuesday night’s game against the Dallas Cowboys.

The Ravens had more than 20 players on the reserve/COVID-19 list — a list now whittled down to 10. The outbreak forced their game against the Pittsburgh Steelers, originally scheduled for Thanksgiving night, to be delayed twice and it was finally played Wednesday. Their Week 13 game against the Cowboys also was moved from Thursday to Tuesday.

Team president Dick Cass addressed the team situation in a statement on Saturday.

“Our thoughts are with our infected players, staff and their families,” he said. “They are receiving treatment and are being monitored to provide them with the best possible care, and we are hoping for a full recovery for all.

“We want to thank our players. Their proactive efforts and resolve during this difficult situation were nothing short of extraordinary. We couldn’t be prouder of them.

“We also offer our profound appreciation to the NFL, the Steelers, the Cowboys, and the fans, for their support, understanding and flexibility during this time of unforeseen upheaval due to this coronavirus outbreak.”

Cass said the NFL informed the team that the Ravens had “at least four unique strains of COVID-19 in our facility. Three of the four were stopped and not spread within our organization. Unfortunately, the fourth was a highly contagious strain and spread throughout our organization.”

Yet to be activated for the Ravens is quarterback Lamar Jackson, the reigning NFL Most Valuable Pplayer. With backup Robert Griffin III landing on injured reserve on Friday with a hamstring injury, third-stringer Trace McSorley took first-team reps this week to prepare to start against the Cowboys in case Jackson can’t.

Campbell has been out since Nov. 8, when he sustained a calf injury in a loss to the Indianapolis Colts. A five-time Pro Bowl selection, he also has 24 tackles and 10 quarterback hits in eight games.

Ingram has seen his role diminish this season with the emergence of rookie running back J.K. Dobbins. In eight game, Ingram has run for 232 yards and two touchdowns.

Dobbins, linebacker Pernell McPhee, and offensive linemen Patrick Mekari and Matt Skura were activated from the list Friday. It is unclear whether any of the activated players will suit up against Dallas.

Earlier this week, coach John Harbaugh said doctors would decide when players could return to the field.

“When the doctors clear them for practice, that’s when we’ll have them,” Harbaugh said.