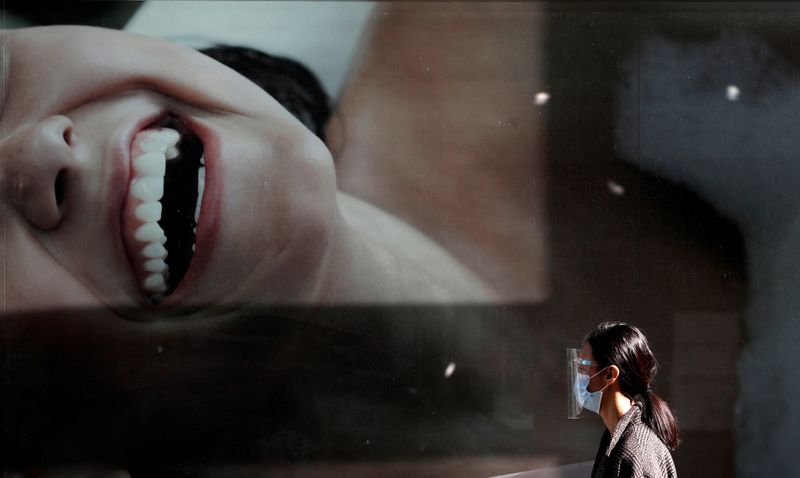 PRAGUE (Reuters) – The Czech government will tighten anti-coronavirus measures from next week with new curbs on sports and cultural venues and restaurants as the country struggles with a surge of new cases, Health Minister Roman Prymula said on Thursday.

Prymula said an unwillingness to respect existing rules was undermining their efficiency.

Sports facilities, including pools and fitness clubs, and all cultural venues will shut for two weeks in an effort to slow the spread of COVID-19 infections, which have soared to Europe’s fastest rate per capita.

The government also ordered restaurants to close at 8 p.m. and limit their capacity to four people per table. Pupils in the upper level of elementary schools will alternate in-class and distance learning.

All sports competitions will be suspended, with possible exceptions for international games without spectators. The measures will be phased in on Friday and Monday.

Data showed new COVID-19 cases had risen by 5,335 on Wednesday, a record number for a second consecutive day.

“The data is not favourable, we can see clear expansion here, and we have to take these measures,” Prymula said after an extraordinary session of the government.

He told reporters the government was concerned that the number of infected people needing hospital care could rise substantially in the coming weeks.

Prymula also complained that many people, mainly the young, seemed to have lost respect for the illness, decreasing the efficiency of measures to combat the pandemic.

“There is almost a war between the younger and older generation, where the younger don’t consider the illness too

risky for themselves, while the older have a realistic concern that something can happen to them,” he said.

A poll by PAQ Research showed the share of people with active social lives, who adopt less protective behaviour – face masks or social distancing – has grown to 26% from around 5% in spring when the pandemic hit the country.

Prymula said the government’s target was to cut the daily count of new cases to below 1,000. He acknowledged that the official number of identified cases did not catch a large portion of people infected.

In an effort to ease the pressure on hospitals’ bed capacity, infected people who cannot isolate at home or those who carry the virus but don’t require special treatment could go to hotels, Prymula said.

He urged companies to allow employees to work from home wherever possible.