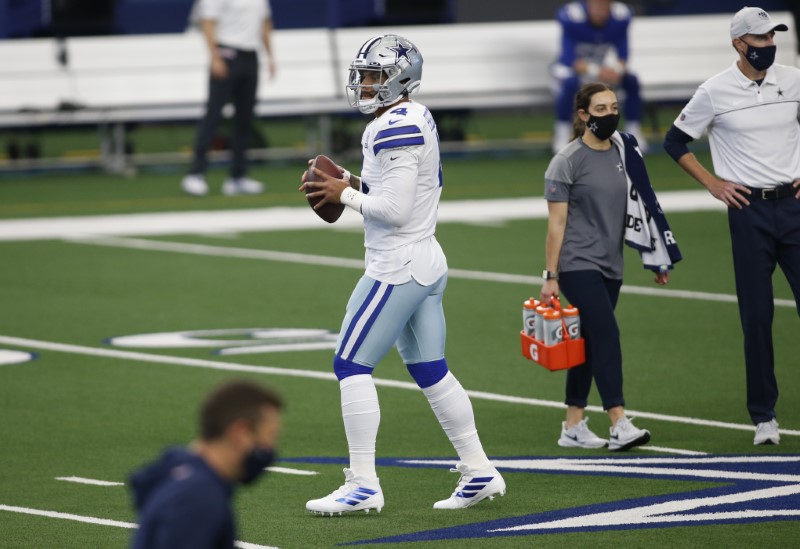 The two-time Pro Bowler suffered a compound ankle fracture and dislocation, the Cowboys said. He was carried off the field to a standing ovation from fans inside AT&T Stadium in Arlington, Texas, as footage of the injury stunned fans watching at home.

Prescott, the team’s starting quarterback, was running the ball on the first down when he was tackled by defensive back Logan Ryan and his ankle buckled, bending severely under him.

Team owner Jerry Jones called Prescott “an inspiration to everyone he touches” in a statement on the Cowboys website on Monday.

“He has all of our love and support,” said Jones. “And we have no doubt that he will return to the position of leadership and purpose that he brings to our team.”