Coronavirus Update: U.S. has had more than 19 million COVID-19 cases, and Fauci is getting worried about a post-holiday surge 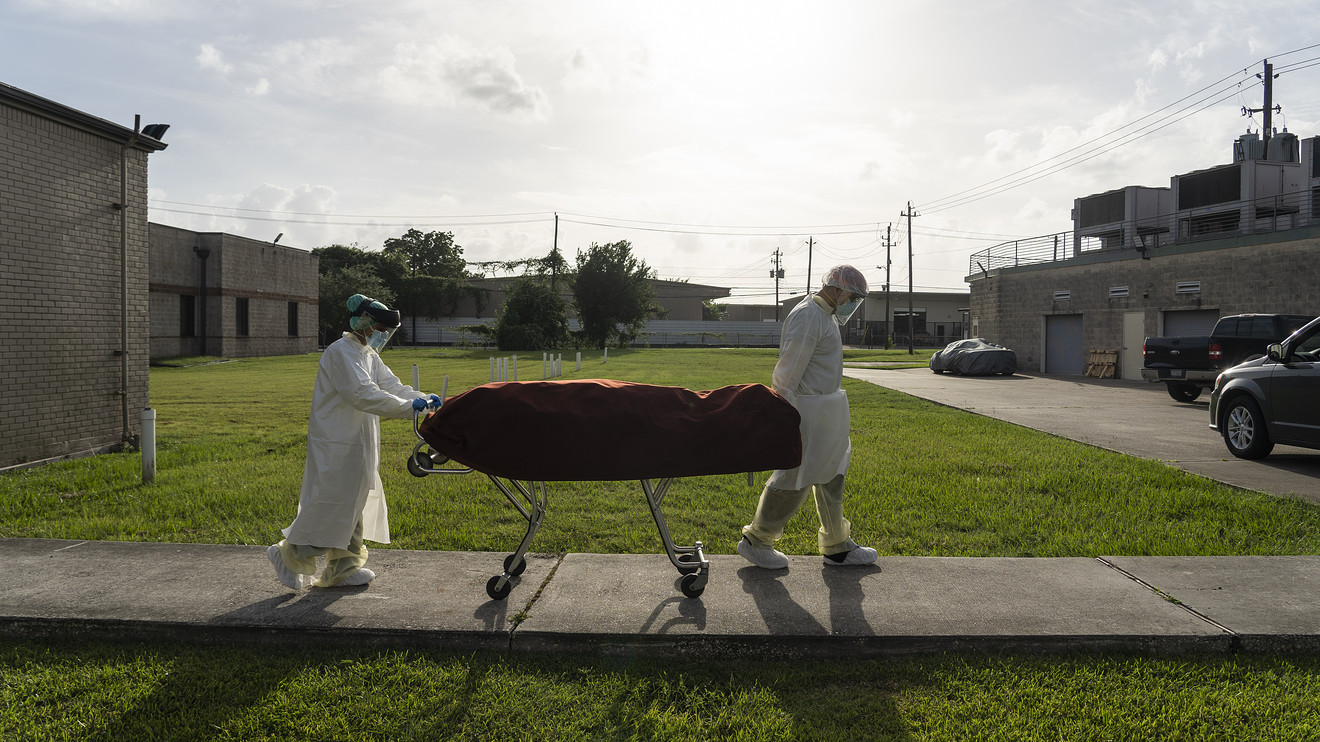 The global tally of confirmed cases of the coronavirus-borne illness COVID-19 was edging toward 81 million on Monday, while the U.S. case tally topped 19 million, and experts warned the next few weeks will be hard after millions of Americans traveled over the Christmas holiday.

Dr. Anthony Fauci, head of the National Institute of Allergy and Infectious Diseases, told CNN’s show “State of the Union” that the U.S. may see a post-holiday-season surge.

“We’re really at a very critical point,” he said. “If you put more pressure on the system by what might be a post-seasonal surge because of the traveling and the likely congregating of people for, you know, the good, warm purposes of being together for the holidays, it’s very tough for people to not do that.”

Fauci said he backs the decision to require negative COVID-19 tests before allowing people from the U.K. to enter the U.S., which comes after a new strain of the virus was detected there.

The variant is something “to follow very carefully,” and “we’re looking at it very intensively now,” he said.

“Does it make someone more ill? Is it more serious virus in the sense of virulence? And the answer is, it doesn’t appear to be that way.”

U.K. officials say it appears that the vaccines being rolled out will be strong enough to deal with the new variant but, Fauci said, “we’re going to be doing the studies ourselves.”

Read now: How many people have to get vaccinated against COVID-19 to reach herd immunity? ‘The faster we do it, the faster we get back to life.’

Fauci said the U.S. is at a critical phase of the pandemic, with the worst probably still ahead. He predicted the general population would be immunized widely by late March or early April — beyond the frontline workers, older people and certain other segments of the public who are first in line.

The U.S. continues to lead the world by cases, at 19.1 million, and deaths at 333,140, according to data aggregated by Johns Hopkins University, or about a fifth of the global tally for each.

There was relief for many when President Donald Trump signed a $900 billion pandemic relief package late Sunday, after spending days refusing to do so. The package will offer much-needed cash to businesses and individuals and avert a federal government shutdown, as the Associated Press reported.

The massive piece of legislation includes $1.4 trillion to fund government agencies through September and contains other end-of-session priorities such as an increase in food-stamp benefits. The move sparked a massive stock rally that sent leading indexes, including the Dow Jones Industrial Average
DJIA,

is starting a late-stage trial of its COVID-19 vaccine candidate with plans to enroll up to 30,000 volunteers at about 115 sites in the U.S. and Mexico. The trial is being supported by partners of “Operation Warp Speed,” the federal government program that aims to quickly develop vaccines and therapies, including the Department of Defense and the National Institute of Allergy and Infectious Diseases, part of the National Institutes of Health, and the Biomedical Advanced Research and Development Authority, or Barda, part of the U.S. Department of Health and Human Services’ Office of the Assistant Secretary for Preparedness and Response. Barda is providing up to $1.6 billion to fund the trial under a Department of Defense agreement. The trial will be randomized, placebo-controlled and will evaluate the efficacy of the treatment, called NVX-CoV2373, in patients aged 18 and older.

See also: AstraZeneca believes its coronavirus vaccine will be effective against new strain

• The European Union started its vaccination program on Sunday by dosing doctors, nurses and the elderly with the vaccine developed by Pfizer Inc.
PFE,

and German partner BioNTech SE
BNTX,
,
the AP reported. The first jabs were coordinated across the trading bloc in a show of solidarity. The vaccine had started arriving in supercold containers at EU hospitals on Friday from a factory in Belgium. Each country was only getting a fraction of the doses needed — fewer than 10,000 in the first batches for some countries — with the bigger rollout expected in January when more vaccines become available. All those getting shots Sunday have to come back for a second dose in three weeks. Ursula von der Leyen, president of the European Commission, said that with additional vaccines in development the EU will have more shots than necessary this year and could share its surplus with the western Balkans and Africa. “Europe is well-positioned,” she insisted.

• China has imprisoned for four years a 37-year-old citizen journalist who reported on the spread of the virus in Wuhan in late 2019, Reuters reported. Her lawyer said the sentence was imposed for “picking quarrels and provoking trouble.” Zhang Zhan is the first such person known to have been tried, and was among a handful of people whose accounts from crowded hospitals and empty streets painted a more grim picture of the pandemic than did official accounts.

• Indonesia is banning all foreign travelers for two weeks, starting Jan. 1, the Guardian reported. The news was announced by Foreign Minister Retno Marsudi, citing concerns about transmission. The new rule will apply to all foreign visitors, with the exception of senior government officials.

China, where the virus was first discovered late last year, has had 95,693 confirmed cases and 4,773 deaths, according to its official numbers.