Coronavirus Update: Global deaths from COVID-19 near 2 million as U.S. suffers most weekly fatalities since start of the pandemic 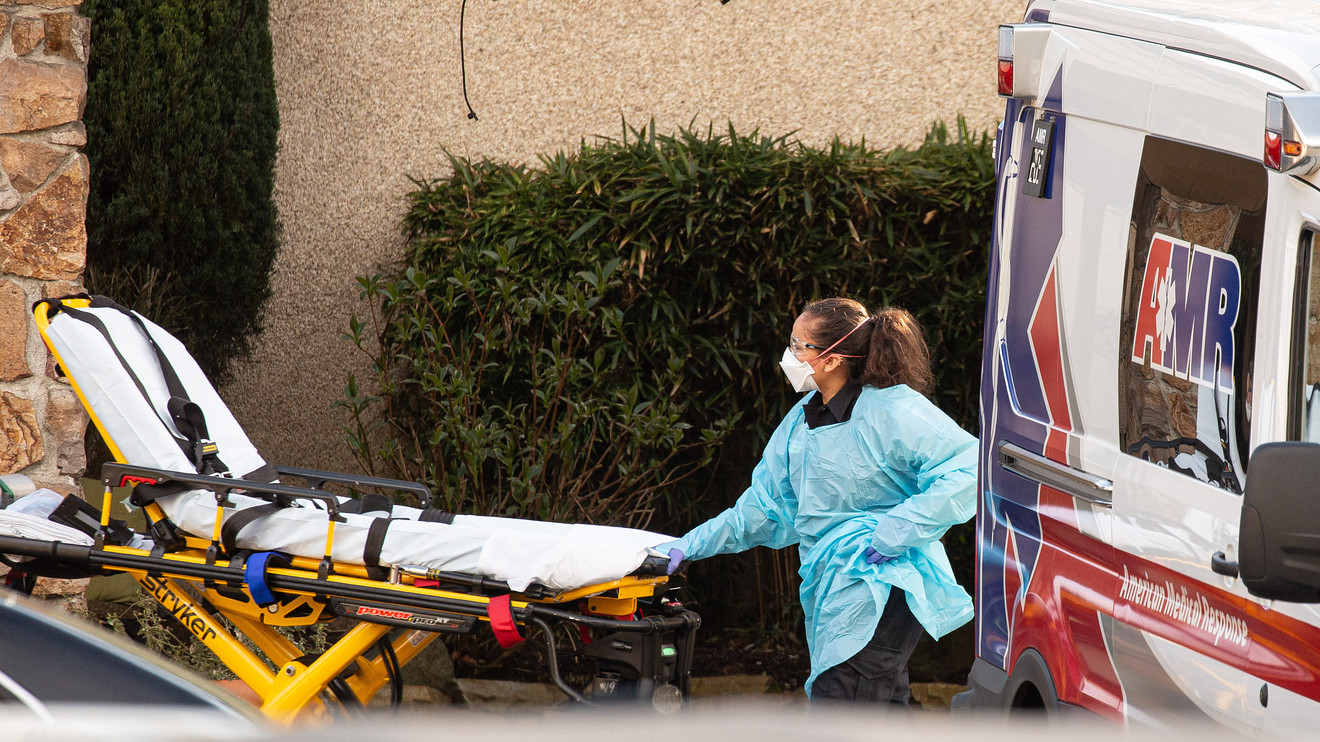 The global case tally for the coronavirus-borne illness COVID-19 climbed above 93 million on Friday and the death toll edged closer to 2 million, with the U.S. leading all nations by cases and fatalities.

The U.S. added another 238,390 new cases on Thursday, according to a New York Times tracker, and at least 3,973 patients died. The U.S. has averaged 240,199 cases a day for the past week, exceeding the worst-case-scenario forecasts of experts back in the spring.

The U.S. has a quarter of the global case tally at 23.3 million and a fifth of deaths, at 388,705, according to data aggregated by Johns Hopkins University.

Hospitals remain close to full capacity in many parts of the country, after rising for 16 weeks through the fall and Thanksgiving, Christmas and New Year holidays, from about 36,000 a day in October to 130,000 a day this week, according to the COVID Tracking Project.

“This week, after two weeks of holiday-muddled deaths data, the inevitable consequence of these rising hospitalizations arrived,” the organization wrote in its weekly update. “States reported 23,259 COVID-19 deaths this week, 25 percent more than in any other week since the pandemic began. For scale, the COVID-19 deaths reported this week exceed the CDC’s current estimate for flu-related deaths during the entire 2019-2020 season.” That estimate was for 22,000 deaths.

See now:CDC officials say people with history of allergic reactions should be monitored after receiving a COVID-19 shot

Experts are now hoping that President-elect Joe Biden will bring much needed help to the U.S. in managing the pandemic, with his plans for a new, expanded team to direct testing, contact tracing and to bolster the vaccine program, which to date has lagged behind all of its early targets.

The Centers for Disease Control and Prevention’s vaccine tracker is showing that as of 9.00 a.m. ET Thursday, just 11.1 million people had been vaccinated, way below the 20 million that were promised by end-December. Just 30.6 million doses have been distributed, or enough to vaccinate about 15 million Americans, as the vaccines that have received emergency use authorization — one developed by Pfizer Inc. and German partner BioNTech SE
BNTX,
,
and another developed by Moderna Inc.
MRNA,

Biden on Thursday revealed a $1.9 trillion relief plan that will include cash payments to Americans struggling with job losses and money for distributing vaccines.

“There is real pain overwhelming the real economy,” he said. “You won’t see this pain if your scorecard is how things are going on Wall Street. But you will see it very clearly if you examine what the twin crises of a pandemic and this sinking economy have laid bare — the growing divide between those few people at the very top, who are doing quite well in this economy, and the rest of America.”

As part of his plan to fight the pandemic, Biden has said he will release available vaccine doses after coming into office on Jan. 20, instead of keeping some in reserve for second doses. That may not be possible, after the Washington Post reported Friday that there was no reserve. Biden called the federal vaccine rollout to this point “a dismal failure.”

President Donald Trump’s administration has been widely criticized for failing to create a national plan for managing the crisis at any stage, leaving it to states to handle every aspect of the illness from testing to public information campaigns and making decisions on whether to close schools or businesses. Now states are also on the hook for managing the vaccine program, the biggest public health effort in decades.

Trump officials are resisting providing information to Biden’s transition team and have failed to consult with it on vaccine distribution, the Washington Post reported. Until this week, Biden officials were not allowed to attend meetings of Operation Warp Speed, the government program created to accelerate the development of therapies and vaccines and were not invited to meetings last weekend at which changes to the program were discussed.

Dr. Anthony Fauci, head of the National Institute of Allergy and Infectious Diseases, told NBC’s Today Program that he expects the program to start moving under Biden.

“There will be a greater degree of coordination, interaction, and support on the part of the federal government interacting with the states… I think that is what we’re going to see more of, where states will have help in regard to resources, but also more of a general, coordinated plan about how to do this,” said Fauci.

Part of what’s slowing down the vaccination rollout is that the CDC “never meant to be rigidly adhering to” prioritization groups, urging, “If you have a dose, give it,” he said.

Fauci remains confident that the U.S. can reach 100 million doses in 100 days.

“If we get about 70 to 85% of the people in the country vaccinated, we likely will get to that umbrella of herd immunity, that you’ll start to see a serious turnaround of infection… But it is really going to be dependent on the uptake of vaccines… We really want the overwhelming majority of the country to be vaccinated,” he said.

will temporarily reduce deliveries of its COVID-19 vaccine to Europe, as it upgrades its production capacity, the Guardian reported. Pfizer is seeking to boost production capacity to 2 billion vaccine doses per year from 1.3 billion currently. “This temporary reduction will affect all European countries,” said the Norwegian Institute of Public Health. “It is as yet not precisely clear how long time it will take before Pfizer is up to maximum production capacity again.”

• Biden has named David Kessler, a former head of the U.S. Food and Drug Administration, as the new head of his vaccine program, replacing Moncef Slaoui, who headed Operation Warp Speed and will remain a consultant. Kessler headed the FDA under Presidents George H.W. Bush and Bill Clinton. His title will be chief science officer of the administration’s COVID response.

• China’s National Health Commission said Friday that it has an active caseload of COVID-19 cases of more than 1,000 people, a day after reporting its first death from the illness since May, the New York Times reported. Officials said 144 new cases were counted on Thursday, the biggest daily number since a series of new outbreaks began at year-end. The government has ordered more than 28 million people to stay at home.

• Indonesia recorded its biggest one-day increase in COVID-19 cases on Friday with 12,818 new infections, Reuters reported. That takes the total to 882,418. The country of about 270 million also reported 238 new deaths overnight, taking the total to 25,484. It has recorded among the most coronavirus infections and fatalities in Asia.

– are working to create a digital vaccination “passport,” that allows users to show on smartphones evidence of inoculation, CNBC reported. The so-called Vaccination Credential Initiative aims to develop technology that would allow users to obtain an encrypted digital copy of their immunization credentials that can be stored in a digital wallet of their choice, such as the Apple Wallet or Google Pay.

The number of confirmed cases of COVID-19 worldwide climbed above 93 million on Friday, the Johns Hopkins data shows, and the death toll rose above 1.99 million. About 51 million people have recovered from COVID-19.

See also: The coronavirus pandemic in the U.K. has never been worse. But Brits are moving around more than in March lockdown.

China, where the virus was first discovered late last year, has had 97,448 confirmed cases and 4,796 deaths, according to its official numbers.

Sales at U.S. retailers fell in December for the third month in a row as the record deluge of coronavirus cases opened fresh wounds in the economy, MarketWatch’s Jeffry Bartash reported.

If auto dealers and gasoline stations are excluded, retail sales sank a sharper 2.1% in December. Auto and gas purchases often swing up and down and can mask underlying trends in retail sales.

“This is a weak handoff for 2021,” said senior economist Jennifer Lee of BMO Capital Markets.

“President-elect Biden’s proposed fiscal stimulus will get pushback, no question,” she added. “But the latest reports on payroll cuts, jobless claims, and now, far weaker than expected retail spending, will give the package a stronger voice.”

The gain was well above Wall Street expectations of a 0.5% increase, according to a survey by The Wall Street Journal.

For the fourth quarter, industrial production rose at an 8.4% annual rate.

The New York Fed’s Empire State business conditions index fell 1.4 points to 3.5 in January, the regional Fed bank said Friday. That is the fourth straight drop and the lowest level of activity since June. Economists had expected a reading of 7.2, according to a survey by The Wall Street Journal.