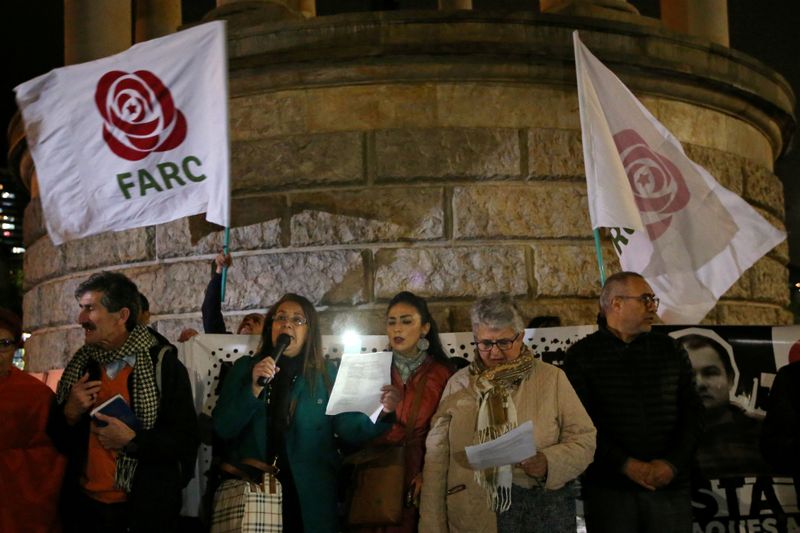 © Reuters. FILE PHOTO: Supporters of the Revolutionary Alternative Force of the Common attend a vigil in memory of former FARC guerrillas killed after the peace agreement made with the government in Bogota

BOGOTA (Reuters) – Colombia’s FARC political party – which was formed following the demobilization of the guerrilla group with the same acronym – will change its name to Comunes, it said on Sunday.

The decision to change the name was taken at the party’s second national assembly, which ran for three days through Sunday.

“Our new name is COMUNES,” the party said on Twitter. “It’s a real and transformative bet on Colombia’s peace made by the common people.”

The signing of the pact ended the FARC guerrillas’ role in a more than 50-year conflict that left more than 260,000 dead and millions displaced.

The political party born out of the peace deal, the Revolutionary Alternative Common Force, had kept the demobilized rebel group’s FARC acronym.