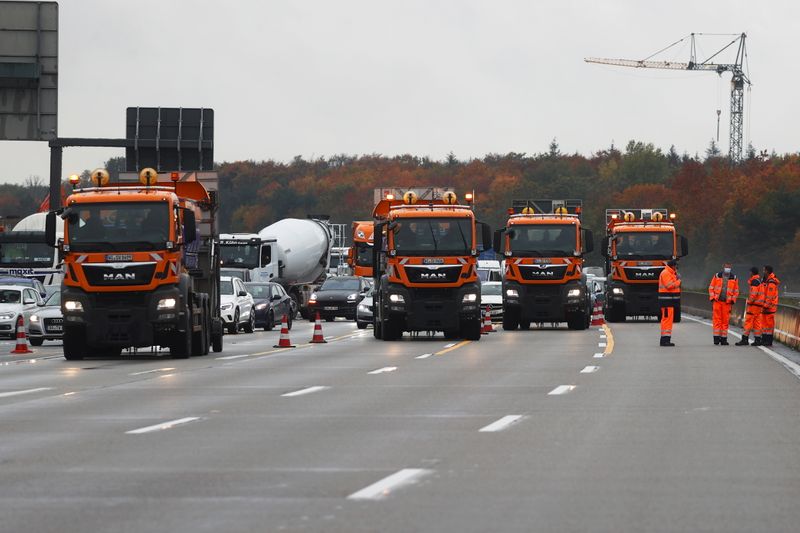 © Reuters. Activists hang on a bridge of A5 highway near Frankfurt causing traffic jams

BERLIN (Reuters) – Climate activists abseiled from bridges near Germany’s financial hub Frankfurt on Monday in protest at the planned expansion of a motorway, causing backed-up traffic on busy roads during the morning rush hour.

The activists called for a stop to the clearing of part of the Dannenroeder forest, which they refer to as “Danni”, to make way for a highway.

The felling of trees in the forest, which lies in a nature protection area north of Frankfurt, started this month and police removed activists from tree houses they had built in protest.

At a bridge crossing the A5 motorway on Monday, masked activists hung from ropes, holding a banner saying: “No planes. No cars”.

Police and rescue teams were working to bring the protesters down from the bridges. The motorways affected were the A3, the A5 and the A661, all busy commuter routes around Frankfurt.

“Since 7 o’clock this morning, traffic on these three motorways in both directions has been partially halted, causing traffic jams as long as 10 kilometres (6.2 miles),” a police spokesman said.