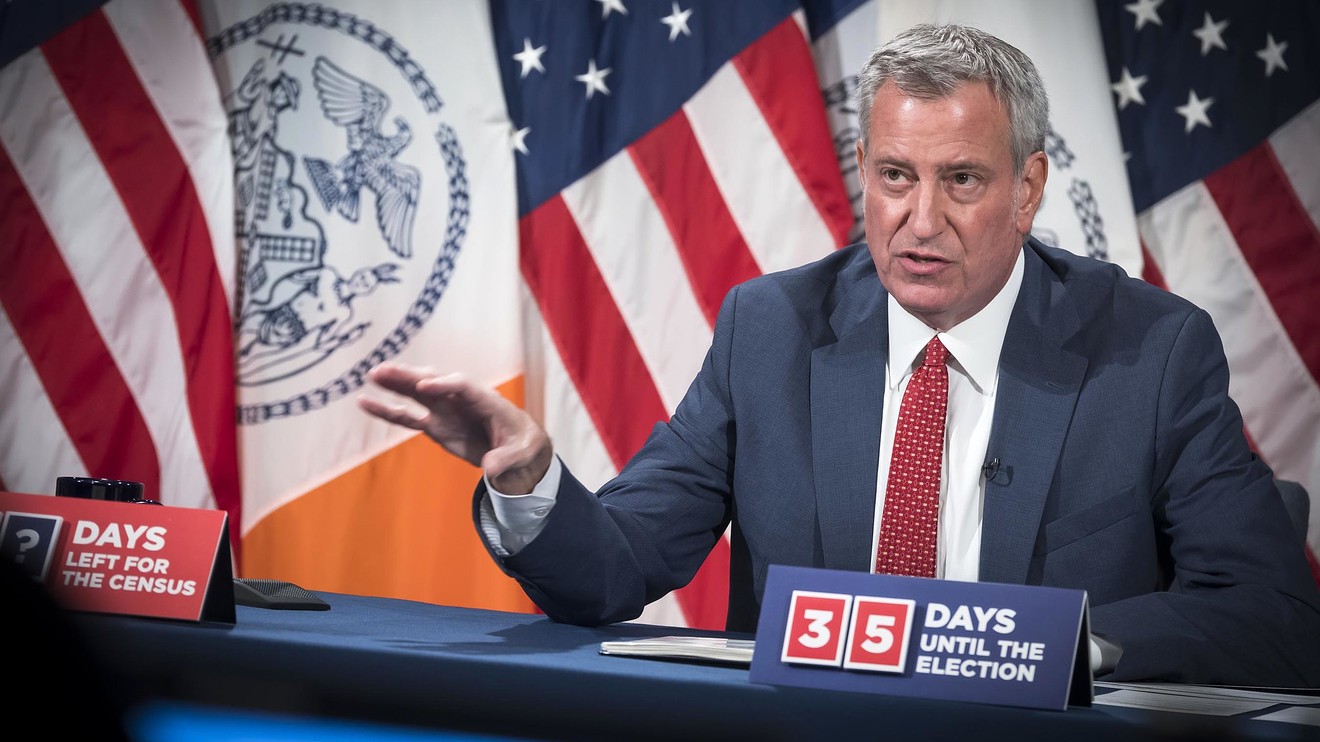 The percentage of people who tested positive for COVID-19 in New York City has surged above 3% for the first time since early June, driven by a cluster of cases in a handful of Brooklyn and Queens ZIP Codes, Mayor Bill de Blasio said on Tuesday.

“We’re dealing with specific challenges in specific neighborhoods,” de Blasio said at his morning briefing, in which he and top health officials soberly raised the alarm about the cluster’s potential to lead to wider community spread. The latest data showed the city’s positivity rate rose to 3.25% on Sunday, doubling from the 1.41% recorded the previous day. The spike has finally forced de Blasio to do something he’s long opposed: ticketing people who defy the state’s mask mandate.

“We don’t want to fine people. If we have to, we will, and that will be starting on a large scale today,” the mayor said.

The spike in cases has centered on just nine of the city’s 146 ZIP Codes and has specifically hit close-knit Orthodox Jewish communities, said city leaders. A decision could come as soon as Wednesday if additional measures would have to be taken to stem the spread of infections. That could mean closing some nonessential businesses, again, including community institutions “like yeshivas and childcare,” and new limits on gatherings, de Blasio said.

Don’t miss: COVID-19 stimulus talks could still get off the ground as end of runway nears

In the meantime, a raft of city agencies, including the test and trace corps and the city’s health department, have blanketed the hotspots, known as the “Ocean Parkway cluster” in southern Brooklyn, as well as parts of Queens with ramped-up testing and information, said Mitchell Katz, president and CEO of Health + Hospitals.

Agencies have reached out to religious leaders and distributed masks to more than 300 synagogues in recent days. The city has also ramped up rapid-testing capacity, deployed robocalls and sent seven sound trucks to spread the message, Katz said.

“We’re using every tool, and we’re open to suggestions of other tools,” he said.

The city’s single-day spike comes the same week that roughly 500,000 public school children head back to classrooms for the first time since March, and could derail in-person learning, which has already been delayed twice.

“Can we keep it well below 3% with our actions? Yes. I’m convinced we can,” said de Blasio, adding optimistically that even if there were a systemwide closure, it would “be temporary to say the least.”

Gov. Andrew Cuomo will also be meeting with religious leaders from Brooklyn and two other state hotspots in Orange and Rockland counties in the coming days, he announced on Tuesday, as he harangued local governments for lax enforcement.

“Mask wearing is a state law. It’s a law. It’s not, ‘it would be nice if you could,’” Cuomo said. “It’s a law and the local governments are supposed to be enforcing the law, and they haven’t been — many of them.”

The number of people testing positive for the virus statewide rose to 1.3% with another 1,189 cases confirmed, Cuomo said at his own briefing on Tuesday. In one Orange County ZIP Code, however, as many as 18% of people tested have come back positive, according to data from the state on Tuesday.

He also reiterated that the state had the power to roll back the reopenings, whether in the city or the Hudson Valley, but said that he didn’t feel the clusters were at a point of needing to close businesses back down.

“These are embers that are starting to catch fire in dry grass,” Cuomo said. “Send all the firefighting equipment and personnel to those embers and stamp out the embers right away.”