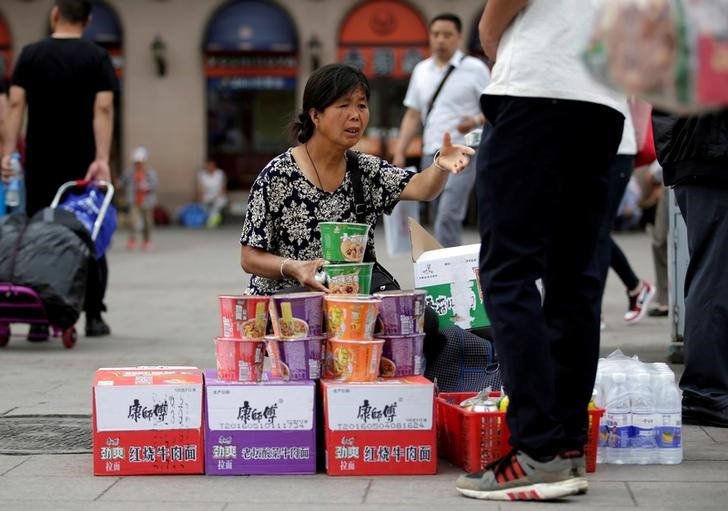 Investing.com – China’s services sector saw accelerated growth in November, with new business rising at the fastest pace in over ten years and indicating even further recovery in consumer demand in the world’s second largest economy.

The for November, released earlier in the day, came in at 57.8, above the 56.5 in forecasts prepared by Investing.com and October’s 56.8 figure.

The survey also showed that total new business hit the highest level since April 2010 in November, with new export business expanding for the first time in five months. Services firms also hired more workers at a much faster pace for the fourth straight month in November business confidence improved to its highest levels in over nine-and-a-half years.

The stronger demand allowed firms to pass on some of their higher costs to clients by raising output prices, with a sub-index for prices charged rising to the highest level since February 2010.

The survey also caps off a stellar November for China, with the services PMI following positive data released earlier in the week. The came in at 54.9, and and PMIs came in at 52.1 and 56.4 respectively.

Although the data suggests that China’s overall economic recovery is becoming more balanced and broader based, challenges remain. Scattered COVID-19 cases reported in some parts of the country could dampen consumer activity. The ever-increasing number of global COVID-19 cases globally are also expected to dampen exports.

The Chinese economy is forecast to grow about 2% in 2020, its weakest figure since 1976 but still above the forecasts for other major economies.

However, some investors are hopeful that the recovery momentum will continue for a few more months.

“To sum up, both the manufacturing and service sectors recovered at a faster pace as overseas demand kept expanding and employment saw substantial improvement,” Caixin Insight Group senior economist Wang Zhe said in a statement accompanying the data release.

“We expect the economic recovery in the post-epidemic era to continue for several months. At the same time, deciding how to gradually withdraw the easing policies launched during the epidemic will require careful planning as uncertainties still exist inside and outside China,” Wang said, in reference to crisis measures unveiled earlier in the year to support the economy during the COVID-19 lockdown.