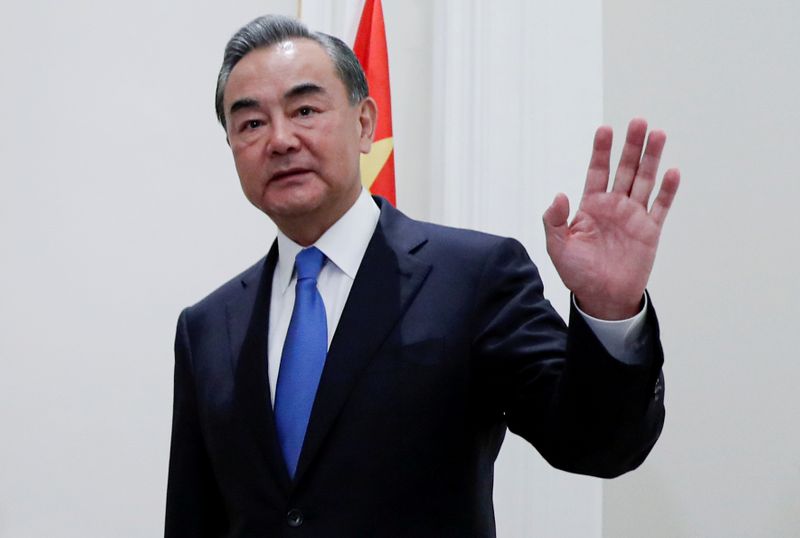 TOKYO (Reuters) – Chinese Foreign Minister Wang Yi may visit Japan as early as October, a government source said on Sunday, after the leaders of the two countries agreed to pursue high-level contacts to promote regional and international stability.

Wang would hold talks with his Japanese counterpart Toshimitsu Motegi and Prime Minister Yoshihide Suga during the trip, the source said.

The visit would come after Suga and Chinese President Xi Jinping agreed during a phone conversation on Friday to have more high-level contacts.

Suga and Wang would likely agree to strengthen economic ties between the nations, said the source who declined to be named as the information is not public.

The visit was earlier reported by public broadcaster NHK.

Suga, who became prime minister earlier this month, must manage relations with Japan’s bigger neighbour as ties between China and the United States worsen amid the coronavirus pandemic and lingering trade friction.

Tokyo is also in a dispute with Beijing over ownership of islands in the East China Sea and has expressed concern about an uptick in Chinese military activity the region.

Separately, Suga plans to meet U.S. Secretary of State Mike Pompeo in early October, the government source said, as Pompeo will visit Tokyo for a meeting with his counterparts of Australia, India and Japan.

Suga is also considering having a telephone conversation with leaders of Russia, France and Italy, the source added.