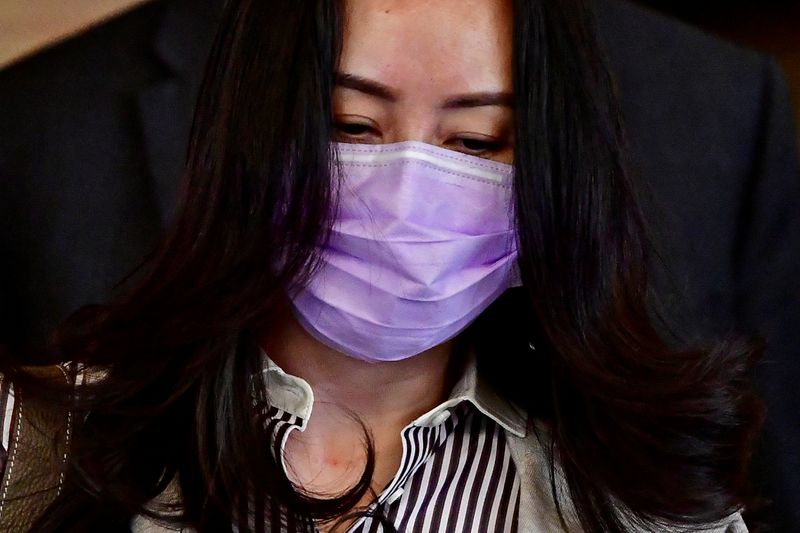 OTTAWA (Reuters) – China on Thursday denied it had taken two Canadian men hostage, and repeated a call for the release of a Huawei Technologies Co Ltd executive held in Canada who faces extradition to the United States amid a long-running diplomatic dispute.

Meng has said she is innocent and is fighting extradition in a Canadian court. Shortly after Meng’s arrest, Beijing detained two Canadians on national security charges and halted imports of canola seed.

Tensions flared again this week when Prime Minister Justin Trudeau said he would work with allies to fight China’s “coercive diplomacy.” He warned that arbitrary arrests, repression in Hong Kong and putting Muslim minorities in detention camps added up to “not a particularly productive path.”

That earned him an official rebuke from the Chinese government on Wednesday.

“There’s no coercive diplomacy on the Chinese side,” Cong Peiwu, China’s envoy to Ottawa, said in a video news conference on Twitter. “Those two Canadian citizens have been prosecuted because they were suspected of engaging in activities which endanger our national security.”

Cong went on to say Meng and the arrests of Canadians Michael Spavor and Michael Kovrig were “not related” and that it was Canada that used “coercive measures” by arresting Meng when “she was breaking no Canadian law at all.”

Cong again called for the immediate release of Meng “to create conditions to bring Canada-China relations back on the right track.”

Responding to a question about a media report that a Hong Kong pro-democracy protester had been granted asylum in Canada, Cong said China strongly urged that “violent criminals” from Hong Kong not be granted asylum.