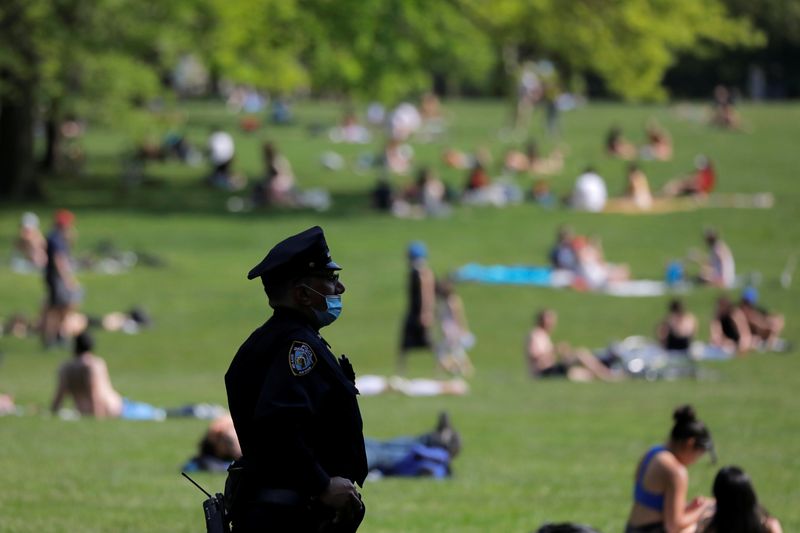 NEW YORK (Reuters) – A misdemeanor charge was dropped on Tuesday against a white New York City woman who became an internet video sensation last spring when she falsely claimed a Black man threatened her in Manhattan’s Central Park, her lawyer said.

Amy Cooper was arraigned in New York in October on a charge of falsely reporting an incident in the third degree, a misdemeanor punishable by up to one year in jail. Prosecutors said she also falsely accused the man of trying to assault her.

After “a thorough & honest inquiry,” the charge was dismissed, attorney Robert Barnes said on Twitter.

“Others rushed to the wrong conclusion based on inadequate investigation & they may yet face legal consequences,” Barnes added.

The now famous incident erupted when Cooper took her dog to New York’s Central Park last May, and a birdwatcher, Christian Cooper (no relation) asked her to follow park rules and put the dog on a leash.

“I’m going to call the cops,” Amy Cooper tells Christian Cooper on a video. “I’m going to tell them there’s an African-American man threatening my life.”

Video of the incident, which was viewed more than 30 million times by the next day, drew outrage, coming on the heels of several other widely seen incidents of white people calling police on Black people without cause.

The widely viewed incident occurred on May 25, the same day George Floyd, a Black man, died on a Minneapolis street while his neck was under the knee of a white police officer, sparking nationwide street demonstrations against racism and police use of excessive force against Black people.