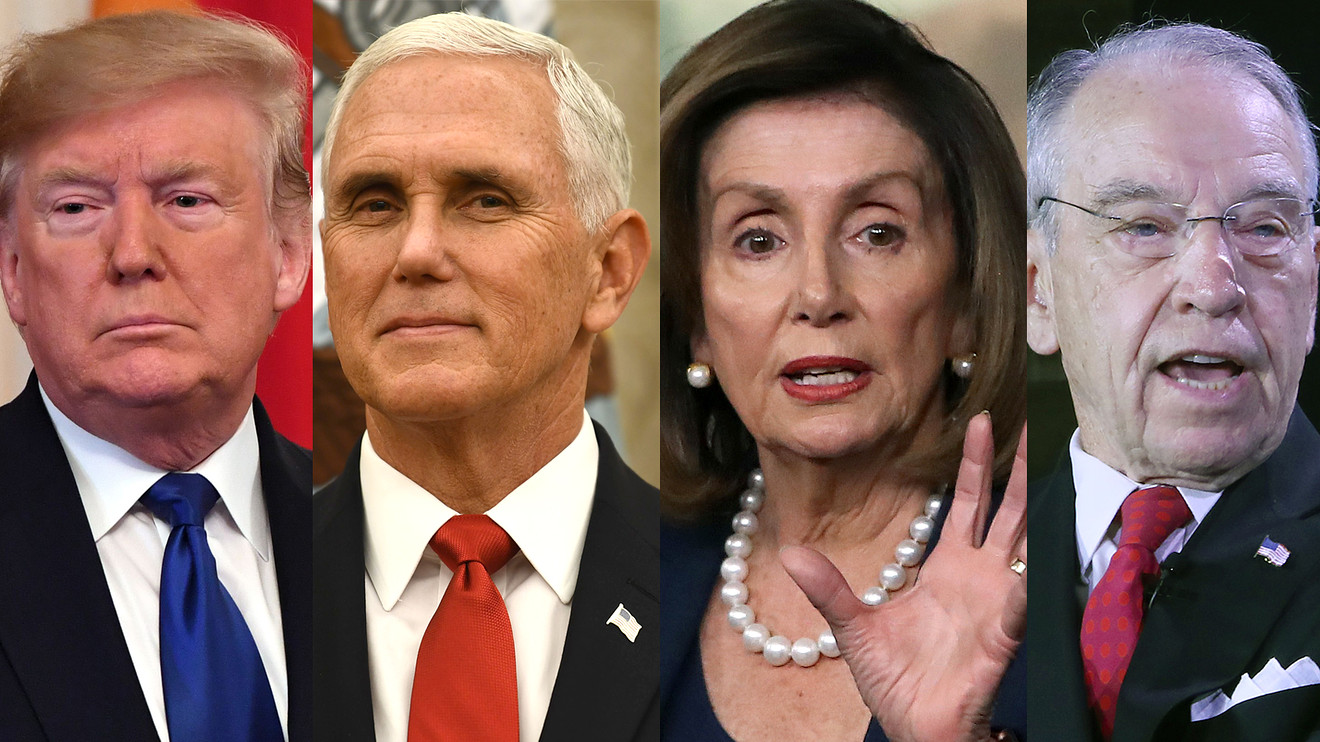 Markets look rattled on Friday after President Donald Trump said he tested positive for COVID-19, as traders wonder what’s next.

Trump tweeted that he and first lady Melania Trump are starting their “quarantine and recovery process,” but it’s worth looking at how the presidential line of succession is currently set in U.S. law — and whether Trump could get replaced on the ballot even with Election Day just over a month away.

Related:Trump being taken to Walter Reed Medical Center for evaluation after diagnosis

If Trump can no longer serve as president for health reasons, Vice President Mike Pence would take the reins and presumably quickly pick a fellow Republican to serve as his vice president, just as Gerald Ford succeeded Richard Nixon upon Nixon’s resignation and tapped Nelson Rockefeller as his No. 2.

Pence tested negative for the disease caused by the coronavirus on Friday morning and “remains in good health and wishes the Trumps well in their recovery,” his press secretary said on Twitter.

But if Pence, a former Indiana governor, ends up becoming somehow not available to act as commander-in-chief, the line of succession gets into the weeds a little.

Next in line is House Speaker Nancy Pelosi, the California Democrat, followed by the Senate’s most senior Republican, Sen. Chuck Grassley of Iowa, who is that chamber’s president pro tempore.

After that, members of the Cabinet are tapped, starting with the secretary of state (currently Mike Pompeo), followed by the Treasury secretary (Steven Mnuchin), defense secretary (Mark Esper), the attorney general (Bill Barr) and the interior secretary (David Bernhardt).

And see:Trump tested positive for coronavirus — here’s everything we know so far

The line of succession then goes on down through the rest of the Cabinet, with the order based on how long ago their department was created, so the head of the Department of Homeland Security, founded in 2002, is last. Chad Wolf heads that department in an acting capacity as he has not been confirmed by the Senate, and the Government Accountability Office has determined that both Wolf and his acting deputy have been in place illegally. A further wrinkle is that Trump’s transportation secretary, Elaine Chao, who is married to Senate Majority Leader Mitch McConnell, isn’t eligible to ascend to the presidency because she is not a natural-born U.S. citizen, having been born in Taiwan to Chinese parents.

A temporary transfer of power to the vice president is also possible. That happened in 2007 for a couple of hours, when former President George W. Bush was anesthetized for a routine colonoscopy and former Vice President Dick Cheney was acting president.

In terms of how the Nov. 3 election could change, election-law expert Rick Hasen said in a blog post overnight that “as a matter of national importance we need to ask what would happen if one of the presidential candidates died or became incapacitated” before Election Day. He said “ballots are already out and millions of people have already voted,” so it “seems impossible” to put a new name on the ballot.

“While things are not certain, what’s most likely [is] that the election would take place on time with the deceased or incapacitated candidate’s name on the ballot, and then there would be a question [as to whether] legislatures would allow presidential electors of each state to vote for someone other than the deceased candidate,” wrote Hasen, a professor of law and political science at the University of California, Irvine.

“This could lead to a whole lot of mischief if, say, the Pennsylvania Republican legislature tried, over the Democratic governor’s objection, to appoint electors to vote for Pence (if it were Trump who could no longer be a candidate) despite a vote [by] the people of Pennsylvania for Biden over Trump.”

These new dimensions of uncertainty, as well as disappointment over the September nonfarm-payrolls report, put pressure on the U.S. stock market
SPX,


DJIA,
,
which closed with losses on Friday.

And see:Markets, and analysts, seem unsure how to react to jarring news Trump has COVID-19

“There would be a ton of uncertainty if we faced such a tragedy as a presidential candidate dying during this period,” Hasen said.