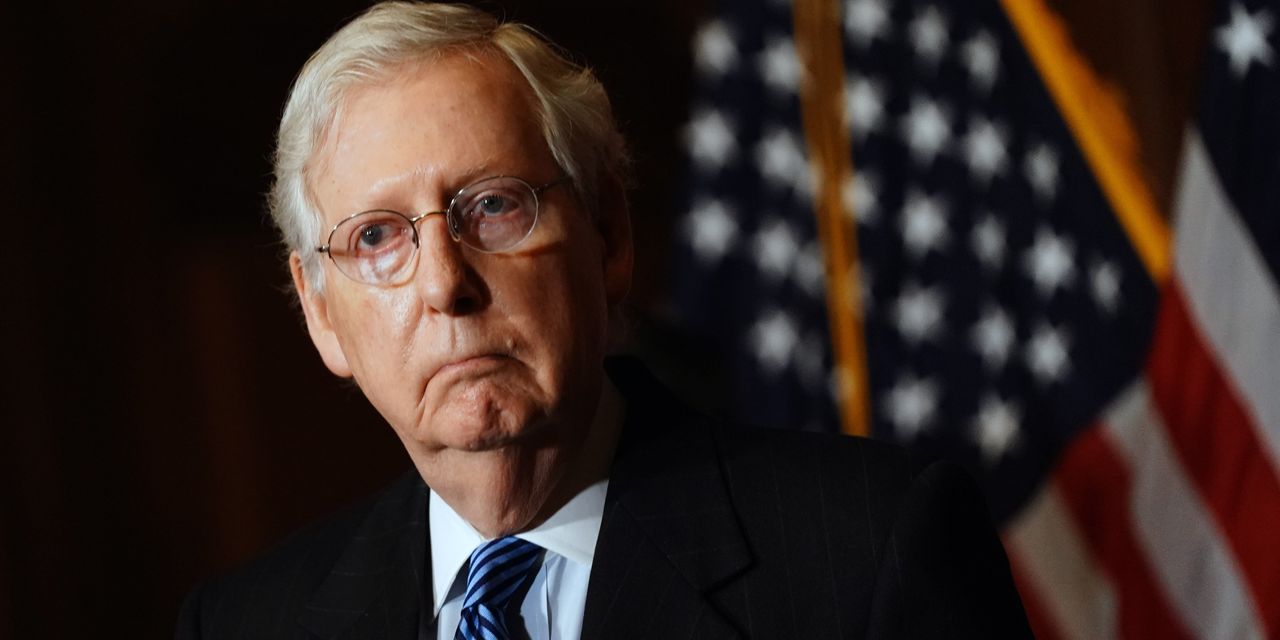 Senate Majority Leader Mitch McConnell on Wednesday lashed out at Democratic leaders, saying they were moving the goalposts on reaching another fiscal stimulus deal to combat the economic impact of the coronavirus pandemic.

“There is a huge list of helpful policies that both sides agree on,” McConnell said. “This need not be rocket science. But we can’t do a thing unless the Democrats decide they actually want to make a law.”

McConnell’s statement on the Senate floor came after Democrats rejected two Republican offers on a deal in the past 24 hours.

On Tuesday, Treasury Secretary Steven Munchin offered a $916 billion package that would include $600 checks to most Americans but eliminate unemployment benefits. And McConnell offered to drop his pet provision — a shield for businesses against lawsuits for COVID-19 negligence — if Democrats would drop the insistence that aid to state and local governments be a feature of the legislation.

Speaker of the House Nancy Pelosi and Senate Majority Leader Chuck Schumer rejected these proposals. They said they want to build instead on a separate $908 billion bipartisan plan and accused McConnell of trying to undermine that compromise put together last week.

In a response to McConnell later on the Senate floor, Schumer said the Republican proposal was “an encouraging sign that the Republican leadership is moving in the right direction by endorsing a bill” of a similar size to the one from the bipartisan group of moderates.

Calling the moderate group, the “Gang of 8,” Schumer said their bipartisan plan “is the way to go,”

Analysts think the give-and-take among lawmakers is actually a good sign and that a stimulus package looks likely to become reality before the end of the year.

Lawmakers plan to pass a one-week spending bill this week to fund government operations that would give themselves more time to finish work on a more comprehensive deal. The House is expected to vote on the bill later Wednesday.

The final shape of a plan might not come until early next week, analysts added.

The bipartisan group, led by Sen. Joe Manchin, a Democrat from West Virginia, and Republican Sens. Susan Collins of Maine and Lisa Murkowski of Alaska, released details of their package earlier Wednesday.

Read: Here’s what is in the bipartisan package

Some senators on both the political left and the right in Congress want any agreement to include a $1,200 direct payment to Americans.

was recently down 120 points.