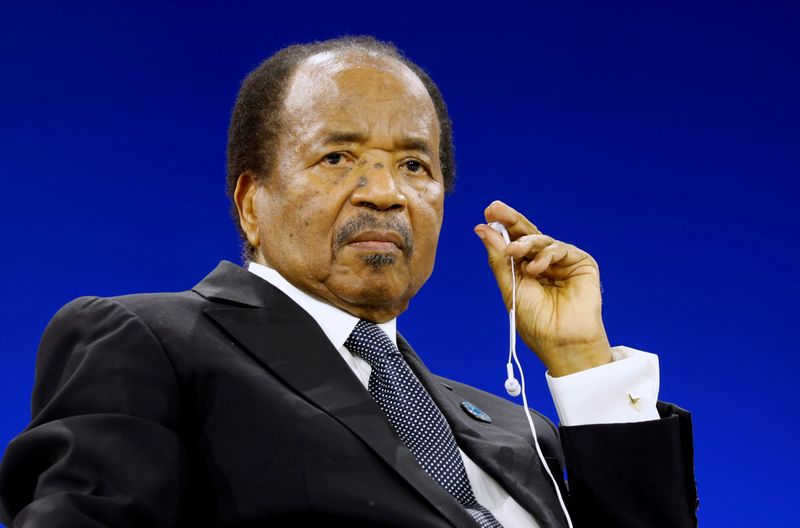 YAOUNDE (Reuters) – Cameroon holds its first ever regional election on Sunday, which the government says hands more power to the provinces but opponents fear only maintains President Paul Biya’s long hold on power.

Biya hopes the vote will appease critics who say he has long neglected the Central African country’s 10 regions, and end a four-year separatist insurgency in the English-speaking west which has become the greatest threat to his near 40-year rule.

Separatist fighters have vowed to disrupt the vote in the Northwest and Southwest regions.

Local representatives will vote to appoint councils in all 10 regions made up of regional delegates and traditional rulers, putting into action a 1996 law that promised decentralised government but was never enacted.

The councils will have a say over development, including infrastructure such as roads, but they will not be able to alter laws enacted by the national assembly and the senate in Yaounde.

Opponents say the vote offers only the semblance of regional autonomy, and comes too late to fix the conflict. Officials voting in the election are overwhelmingly Biya supporters and will help enforce his will on the regions, they say.

“It is not because we will have regional delegates that gunshots will stop and everything will be all right,” said Cameroonian political analyst Stephane Akoa.

Separatist fighters said they will arrest anyone participating. There were no early reports of disruptions, but gunfire was heard around the Northwest city of Kumbo, a local official said.

The separatist conflict has killed more than 3,000 people and forced 500,000 from their homes. It started in 2016 when the police cracked down on peaceful protests in the west by lawyers and teachers demanding they be allowed to work in English.

The movement became radicalised and militias began fighting for the creation of a breakaway state.