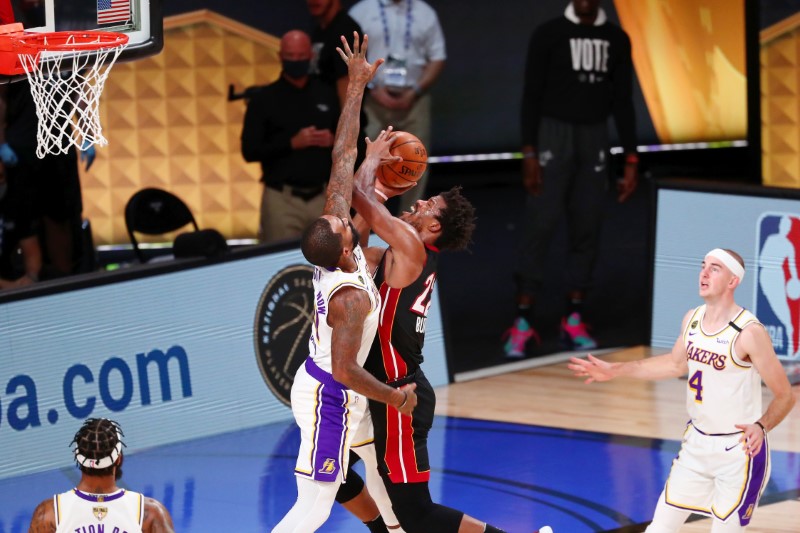 (Reuters) – Jimmy Butler and the undermanned Miami Heat breathed new life into the NBA Finals with a gritty 115-104 upset victory over the Los Angeles Lakers on Sunday that cut the best-of-seven series deficit to 2-1.

The Heat, well aware that no NBA team has ever come back from a 0-3 series deficit to win in seven games, squandered a 14-point third-quarter lead but dug deep in the fourth to avoid being pushed to the brink of elimination.

Miami were without injured starters Bam Adebayo and Goran Dragic for a second consecutive game but got a sensational outing from All Star forward Butler, who scored a game-high 40 points to go along with 11 rebounds and 13 assists.

LeBron James had a team-high 25 points for the Lakers while Anthony Davis, who was a dominant force in the first two games of the series, got in early foul trouble and lacked rhythm as he managed just 15 points.

This year’s NBA Finals will cap a season unlike any other as play restarted in July after a four-month hiatus with all games held at Disney World in Florida to protect players from the COVID-19 virus.

Game Four is on Tuesday.