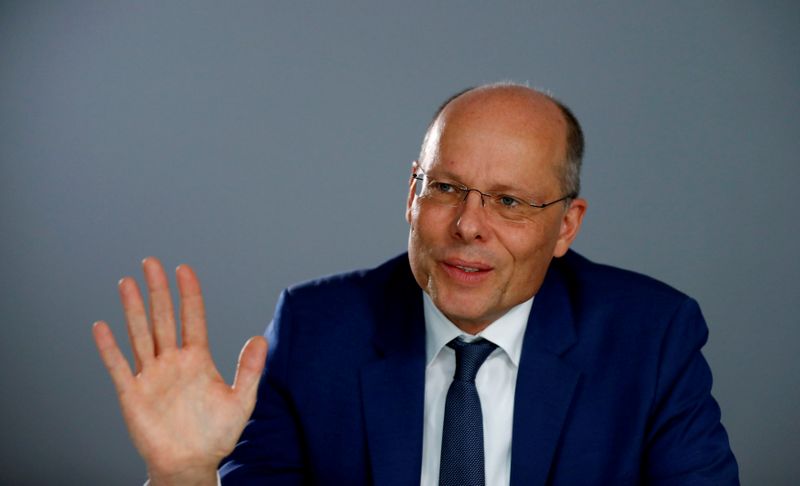 © Reuters. FILE PHOTO: Peter Beyer, Coordinator of Transatlantic Cooperation in the Field of Intersocietal Relations, Cultural and Information Policy for the German government speaks during an interview with Reuters in Berlin

BERLIN (Reuters) – A sigh of relief would go around the world if Democratic challenger Joe Biden wins the U.S. presidency but Berlin would still face many of the same policy problems with Washington, Germany’s coordinator for transatlantic ties said on Friday.

Trump trails Biden in polls ahead of the Nov. 3 vote.

“A big sigh of relief would go around the planet if Joe Biden wins,” Beyer told Reuters.

“Would it help? I don’t think so because (from) what we’ve heard from Joe Biden … we will see that many of the existing transatlantic topics will remain, such as Nord Stream 2, energy security, economic issues,” he added.

Trump has attacked Berlin for supporting the Nord Stream 2 gas pipeline spanning the Baltic Sea, accusing Germany of being a “captive” of Russia due to its reliance on Russian energy.

“We would be well advised to expect a president Joe Biden to be much more collaborative, he would be much friendlier in tone, but many of the issues will remain on the table, some would be much easier to address, others would be tough.

“One of his top priorities would be healing the wounds of his own country. There’s a lot to do.”

If Trump is re-elected, Beyer expects a weakening over time of the way the military alliance NATO operates.

The U.S. military in July unveiled plans to withdraw about 12,000 troops from Germany, in fallout from Trump’s long-simmering feud with Berlin.