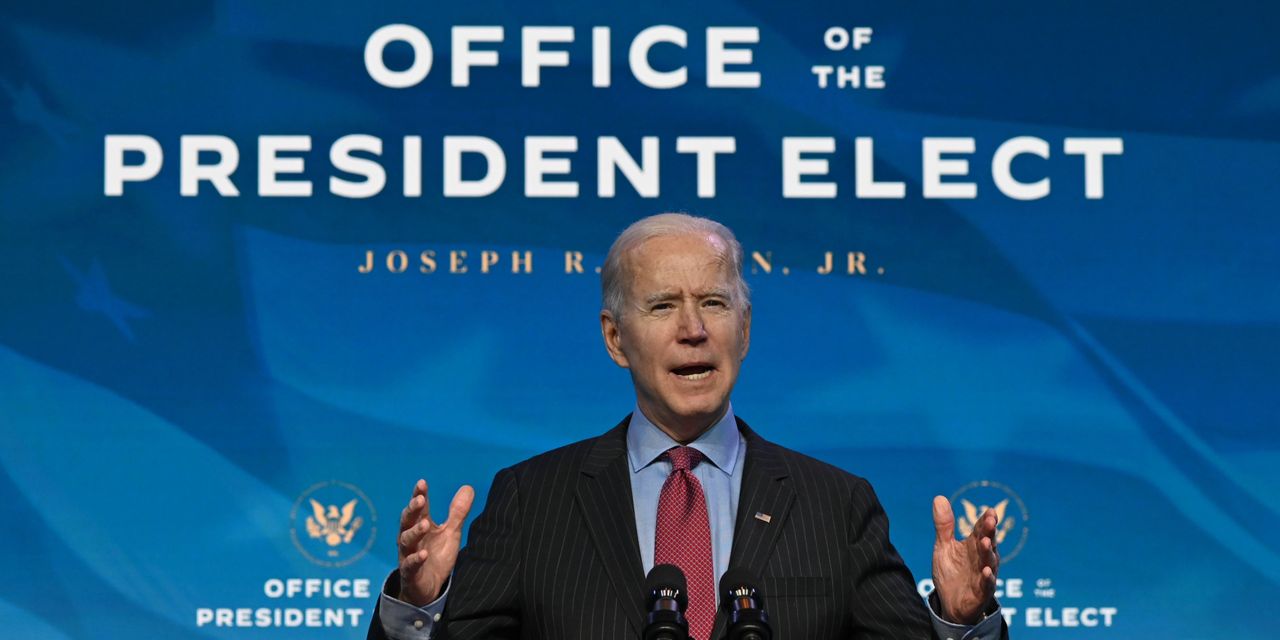 President-elect Joe Biden will propose a $2 trillion increase in fiscal spending to help the U.S. economy get through the coronavirus pandemic, according to a published report.

CNN reported that Biden, who is due to speak in Wilmington, Del., on Thursday, will outline a proposal that will include more direct payments to American families and significant state and local funding. CNN’s report sent the yield on the 10-year U.S. Treasury
TMUBMUSD10Y,

The Biden plan comes amid signs the U.S. economy is struggling. The U.S. lost 140,000 jobs in December, with the unemployment rate staying at 6.7%, according to the Labor Department.

Biden’s proposal is a long way from becoming law, as the Democrats can’t afford to lose a single vote in the U.S. Senate. West Virginia Sen. Joe Manchin has already expressed opposition to increasing stimulus checks to a total of $2,000 from the $600 that has already been passed, though Florida Sen. Marco Rubio, a Republican, said he is in favor of such a move.