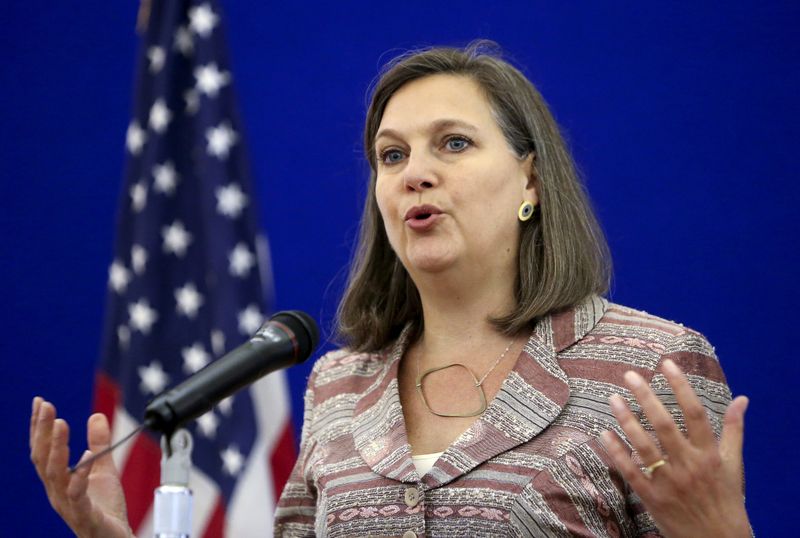 WASHINGTON (Reuters) – Democratic President-elect Joe Biden on Saturday nominated U.S. foreign policy veteran Wendy Sherman, a key negotiator of the 2015 nuclear deal with Iran, to be the No. 2 official at the State Department.

Sherman, who has a masters degree in social work, was the State Department counselor from 1997 to 2001, a period when she was also policy coordinator on North Korea. From 1993 to 1996 she served as assistant secretary of state for legislative affairs.

Because of her association with the Iran deal, which was fiercely opposed by Republicans and some Democrats, Sherman had been expected to face some trouble winning Senate confirmation. However, her path will be easier after Biden’s fellow Democrats won two run-off elections on Jan. 5 that gave them control of the Senate.

Republican President Donald Trump withdrew the United States from the international nuclear pact and has been imposing new sanctions on Iran.

Sherman is currently a professor at Harvard University’s John F. Kennedy School of Government and a senior counselor at Albright Stonebridge Group, a strategy and commercial diplomacy firm.

Biden also nominated one of his long-time foreign policy advisers, Brian McKeon, to be Deputy Secretary of State for Management and Resources. He nominated Bonnie Jenkins to be Under Secretary for Arms Control and International Security Affairs.

And he nominated Uzra Zeya to be Under Secretary for Civilian Security, Democracy and Human Rights.

The Senate Foreign Relations Committee will hold a confirmation hearing on Tuesday for Antony Blinken, Biden’s nominee to be Secretary of State.

If confirmed, the nominees announced on Saturday would serve under Blinken.

Reuters reported earlier this month that the nominations of Sherman and Nuland were expected, confirming a Politico report.