: Bans on U.K. travelers begin in some parts of Europe, amid highly infectious COVID-19 strain 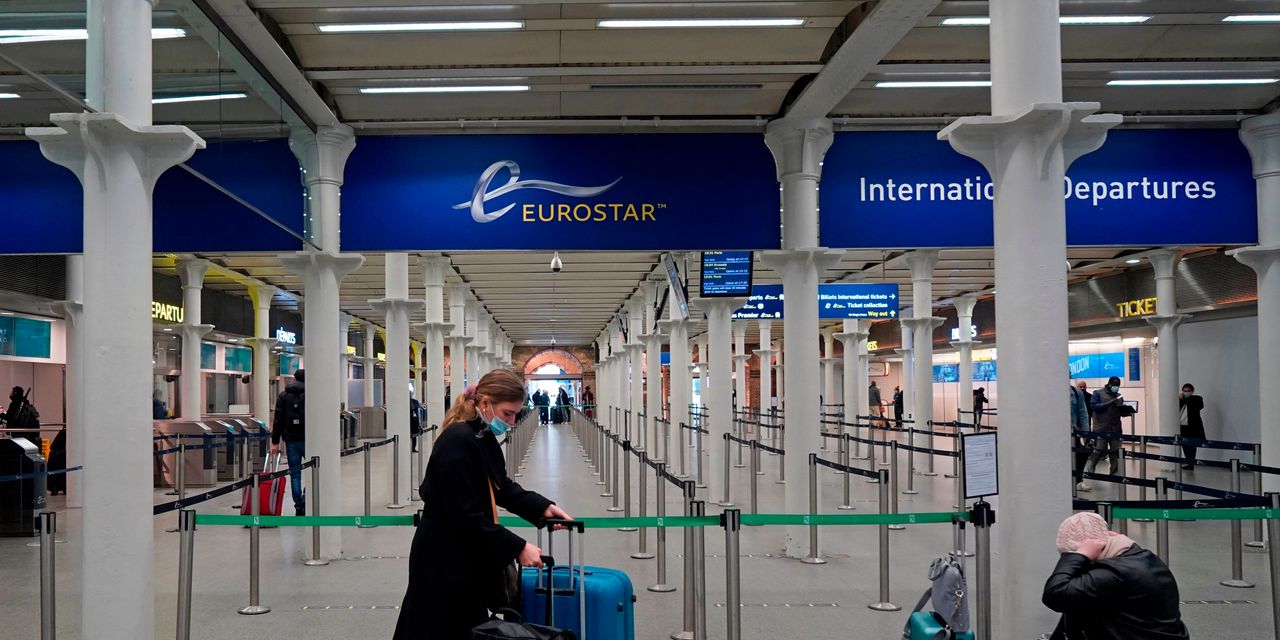 News of a far more contagious strain of the coronavirus in the U.K. has prompted several European countries to halt flights and trains from that country, creating a chaotic situation ahead of Christmas.

U.K. Prime Minister Boris Johnson on Saturday announced that the capital and swaths of southern England would move into a new Tier 4 restrictive level, which would close nonessential shops, indoor leisure activities and hairdressers as of Saturday afternoon. It would also prevent those living in the affected areas, including London, from nonessential travel.

France banned all travel from the U.K. for 48 hours starting at midnight Sunday, while officials figure out a next step. French officials specified that “flows of people or transport to the U.K. are not affected.”

on Sunday that the country would suspend flights from the U.K. The Netherlands government announced its own ban on Saturday evening,

From midnight, Belgium will close its borders to travelers coming from the U.K. for a period of 24 hours, Prime Minister Alexander De Croo announced on Sunday. The Belgian government said anyone arriving from the U.K. via train or plane cannot enter the country for 24 hours, with Eurostar connections also temporarily halted. It said that may be extended.

The German government is drawing up plans to restrict travel. The Spanish government asked for a “coordinated response” from Brussels, in a tweet.

Health secretary Matt Hancock told Sky News in an interview on Sunday that the new strain, “was out of control,” and the government had to act “quickly and decisively. The government’s original plan to allow for a five-day holiday allowing households to mix as ‘bubbles’ was scrapped for the Tier 4 areas and cut to one day elsewhere.

“Everybody, particularly people in Tier 4 areas, needs to behave as if they might well have the virus — that is the only way we are going to get it under control,” Hancock said.

Hancock criticized the chaotic travel scenes on Saturday evening as travelers crowded railway stations to get to Christmas destinations.

England’s chief medical officer, Chris Whitty, alerted the World Health Organization that the mutation was speeding up the virus spread, and that scientific advisers concluded that based on preliminary modeling figures.

The virus mutation, though, appears to have not made patients sicker than normal. Maria Van Kerkhove, the WHO’s technical lead on COVID-19, told reporters after being notified by U.K. officials about the new strain that there were no signs the “variant behaves differently.”

U.S. officials downplayed the new virus strain, saying that it would not evade the vaccine.

“I don’t think there should be any reason for alarm. Viruses mutate. It is still acting essentially like COVID-19 and the vaccines should continue to work very robustly against all these strains,” said Admiral Brett Giroir, assistant secretary of health at the Department of Health and Human Services, in an interview on ABC News’ “This Week.”