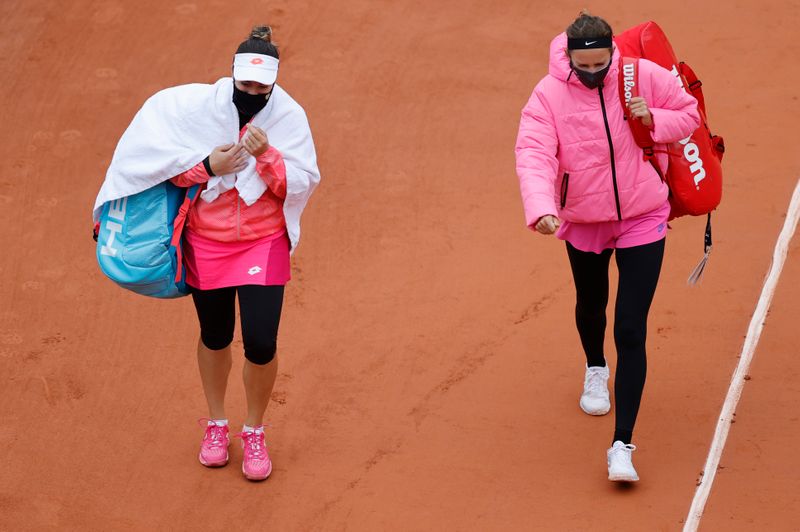 PARIS (Reuters) – Former world number one Victoria Azarenka complained about the playing conditions at the French Open amid light drizzle and low temperatures during her first-round match on Sunday.

The U.S. Open runner-up, who entered court Suzanne Lenglen wearing a thick pink puffer jacket, and her opponent Danka Kovinic walked off the court after play was suspended with Belarusian Azarenka leading 2-1.

“No, it’s eight degrees, I live in Florida, I’m used to hot weather,” a furious Azarenka told the supervisor who asked her to wait on court until a decision was made on whether the match should continue.

Speaking to her opponent from Montenegro, Azarenka said: “Do you want to wait on court?

Both players returned to court after a delay of about 50 minutes and Azarenka immediately broke her opponent’s serve to move further ahead.

The French Open is usually played in May-June but this year’s tournament was pushed back to late September due to the COVID-19 pandemic.

The weather in Paris is therefore colder than normal for the Grand Slam event with the claycourt conditions much heavier and slower than the players are accustomed to.