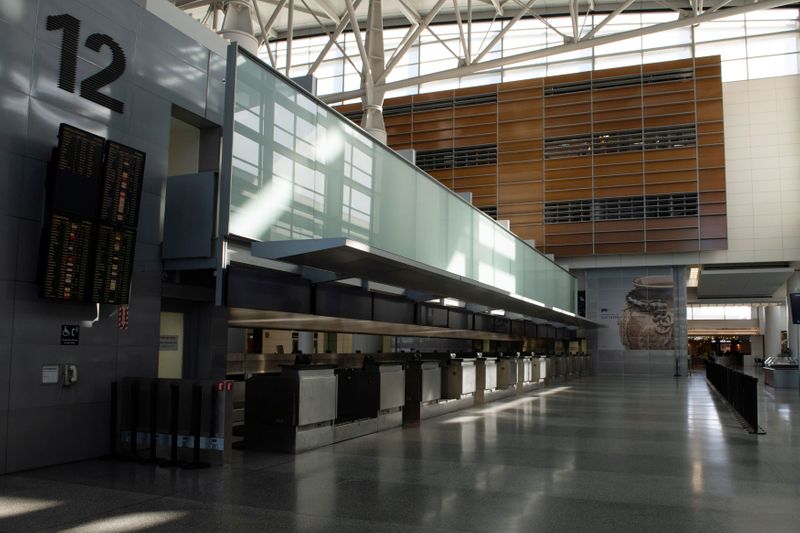 CHICAGO (Reuters) – U.S. aviation contractors laid off thousands of workers due to delays in payroll aid from the U.S. Treasury that was meant to protect jobs, an investigation by a U.S. House of Representatives subcommittee found.

Under the Coronavirus Aid, Relief and Economic Security Act (CARES Act), companies in the aviation sector were granted funds to cover six months of their payroll as the COVID-19 pandemic prompted a precipitous decline in air travel.

The legislation banned any job cuts through September, and requires the U.S. Department of the Treasury to begin distributing funds to eligible companies within 10 days of the law’s approval on March 27.

But an investigation by the House Select Subcommittee on the Coronavirus Crisis found that top contractors did not receive the money until months later, resulting in more than 16,500 layoffs and furloughs at 15 companies, more than 15% of the aviation contractor workforce.

“Had Treasury met the deadline set by Congress, many of these jobs would have been preserved,” the report said.

Among the top seven contractors, Swissport waited 99 days before its payroll support agreement with Treasury was finalized, Gate Gourmet 78 days and Flying Food Fare 74 days, leading to nearly 12,000 layoffs and furloughs at those three companies alone.

The companies still received the full amount of federal aid based on their pre-pandemic workforce, even though they had laid off many of those workers, the report said.

Aviation contractors were awarded $3 billion under the first CARES Act and could see those funds extended for another six months if Congress passes a second stimulus package.

The report recommends another round of aid but said layoffs should be prohibited until a company uses all of its funds and urges Treasury to expedite funds to ensure that job retention is the top priority.