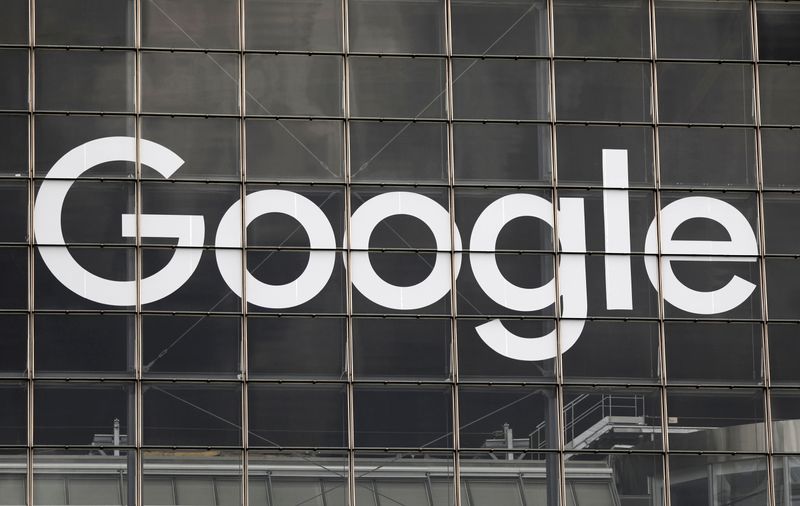 © Reuters. FILE PHOTO: Logo of Google on a building at La Defense

SYDNEY (Reuters) – An Australian regulator is considering letting internet users choose what personal data companies like Google (NASDAQ:) share with advertisers, as part of the country’s attempts to shatter the dominance of tech titans.

The proposals were part of the ACCC’s interim report into digital advertising in Australia, a A$3.4 billion ($2.6 billion) market the regulator said is marked by a lack of competition, transparency and choice.

The ACCC estimates Google’s share of Australian digital advertising revenue at between 50% and 100%, depending on the service.

“There’s a lot wrong with the market … and it’s effectively dominated by one player,” he added.

The proposals add a new element to the antitrust regulator’s campaign to check the power of online behemoths Google and Facebook Inc (NASDAQ:) in Australia.

Proposals by the ACCC that Google pay local media for content that drives traffic to their websites have been adopted in draft legislation by the government. Google has criticised the planned News Media Bargaining Code, threatening to pull its search engine from Australia if they go ahead.

In Thursday’s 222-page digital advertising report, the regulator also suggested a system under which users’ personal data would be shared more widely with advertisers, on an anonymised basis, to foster more competition.

Allowing internet users to choose to give other parties access to their clicking data may also promote competition among online advertising suppliers, the ACCC said.

Preventing tech companies from using data collected in one scenario to sell advertising in an unrelated field would also reduce the ability of a single player to dominate the digital ad market, the report added.

The regulator is accepting submissions for the next month ahead of a final report due in August. The government will then decide whether to make its recommendations law.

A Facebook representative said the company was reviewing the report, without commenting further.

Australian Treasurer Josh Frydenberg noted the ACCC’s “concerns over competitiveness and the continued dominance of tech giants” but did not say whether he supported the proposals.

Sims said he was not surprised by Google’s threat to pull its search platform if the media laws went ahead.

“If you want to come up with good public policy on these issues you’re bound to be getting companies to do things they don’t want to do,” he said.

Hannah Marshall, a partner at Marque Lawyers who specialises in competition law and media, told Reuters she expected Google and Facebook to start withdrawing services if the law went ahead.

“While this requirement to pay to link to news content remains in the code, I don’t think that there’s going to be a resolution that works,” she said.

“If enacted in its current form, Google and Facebook are likely to make good on their threats and that will kind of start a chain reaction of bad consequences for a lot of people in Australia, not only the news publishers.”