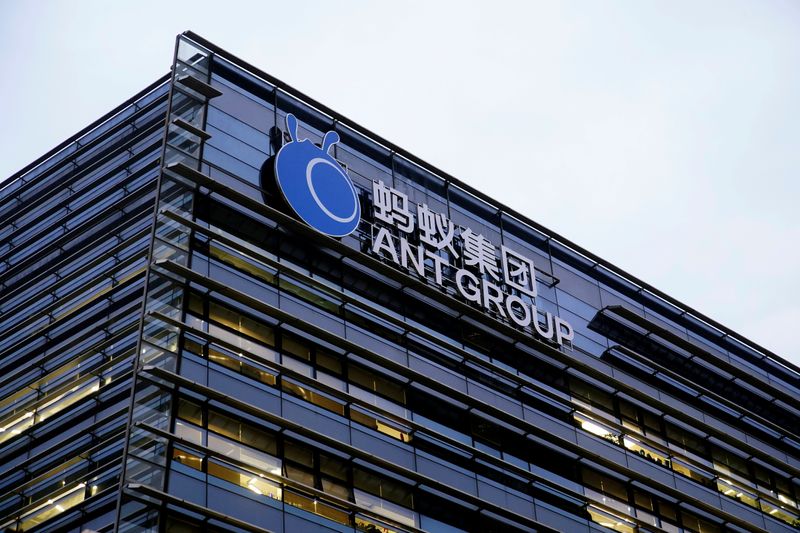 HONG KONG (Reuters) – Ant Group 688688.SS> (HK:) will close its Hong Kong institutional book building a day earlier than planned as it aims to raise about $17.2 billion in the city, according to three sources with direct knowledge of the matter.

The book was due to close on Thursday, but that deadline will be accelerated to Wednesday 5.00 p.m. in each region.

The order book was oversubscribed one hour after the launch on Monday, two separate sources with direct knowledge of the matter said.

Ant Group declined to comment on the planned early closure of the Hong Kong institutional book, which is part of its world record initial public offering (IPO).

It is looking to raise up to $34.4 billion in a dual listing in Hong Kong and Shanghai, with the offer split between the two exchanges, giving it a valuation of about $312 billion.

The sources asked not be identified as they were not authorised to comment to media.

It will offer 41.76 million shares, or 2.5% of its total shares in Hong Kong, to retail investors whose demand to buy the stock is expected to be strong.

Hong Kong operates a ‘clawback’ system where heavy oversubscription from small investors can result in them getting a greater share.

The prospectus shows the total amount will be increased to 167.1 million shares, or 10% of the deal, if the initial retail allocation is more than 20 times oversubscribed.

The city’s brokers are readying billions of dollars of margin financing to lend to customers to buy the stock..

Retail investors need to finalise and pay for the shares they have bid for by Friday, according to Ant’s prospectus.