After their lone debate, Harris and Pence campaign in battleground Arizona 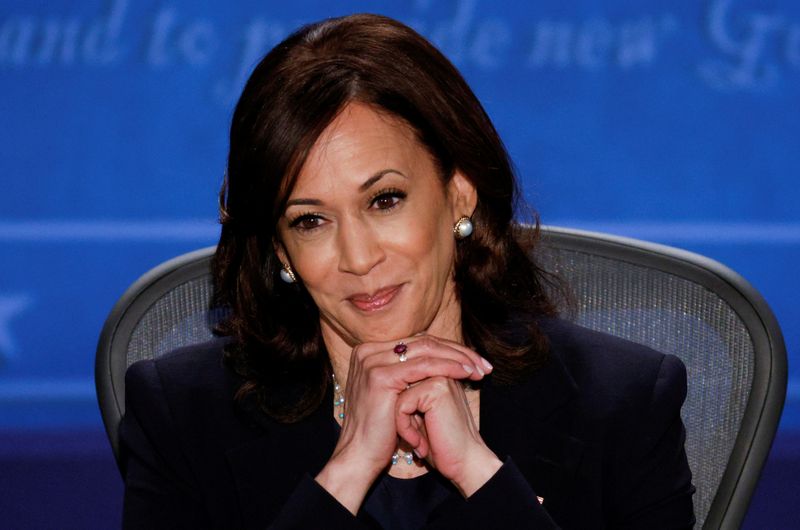 WASHINGTON (Reuters) – Vice President Mike Pence and Democratic challenger Kamala Harris will hit the campaign trail in two battleground states on Thursday, the day after a sedate debate marked by disagreements over the administration’s handling of the coronavirus pandemic.

Pence’s campaign swing comes as he acts as proxy to President Donald Trump, who is at the White House being treated for COVID-19, a diagnosis that refocused the race on Trump’s management of a crisis that has killed more than 210,000 Americans.

Pence on Wednesday defended Trump’s record on the pandemic and other issues under sharp attack by Harris, who said Trump’s failures had cost American lives. But the quiet, mostly civil debate was a sharp contrast to last week’s combative encounter between Trump and Democratic presidential nominee Joe Biden.

With less than four weeks to go until the November election – and more than 5 million votes already cast – the vice presidential debate was unlikely to change many minds in a contest dominated by voter reactions to Trump and Biden.

Biden has led Trump consistently in national polls, but polls show a tighter race in many of the states that will decide the election – including Arizona, which Harris, Pence and Biden will visit on Thursday.

Harris will be joined by Biden for an event with Native American leaders and a bus tour to meet with small-business owners and voters in Phoenix and Tempe on the second day of early balloting in the state.

Pence also will travel to Arizona, for a campaign event in Peoria, after beginning the day with an airport hangar rally in Boulder City, Nevada.

Nevada and Arizona are critical swing states in the Nov. 3 election between Biden and Trump.

Biden’s campaign has targeted Arizona, which Trump carried by 3.5 percentage points in 2016 against Democrat Hillary Clinton, as a state he could flip in his bid to gather the 270 electoral votes needed to win the White House.

A Reuters/Ipsos poll on Wednesday showed Biden with a narrow 2-percentage-point edge on Trump in Arizona, which has 11 electoral votes.

Trump, 74, lost Nevada to Clinton by 2.4 percentage points in 2016, and is hoping to claim it in November, although polls have shown he has an uphill battle.

Trump’s COVID-19 diagnosis and an outbreak among staff in the White House and some top Senate Republicans have put a spotlight on the administration’s handling of the pandemic.

Despite his illness, Trump has been looking for ways to get his election message out, advisers said. A speech to senior voters is being contemplated for Thursday, they said. He is also scheduled to appear on Fox Business Network on Thursday morning for his first TV interview since revealing on Friday he had contracted COVID-19.

Aides said Trump was impatient to get back on the campaign trail and insistent on going ahead with the next debate on Oct. 15 in Miami, even though Biden said on Tuesday he would not participate if Trump is not virus-free.

During the debate, Pence and Harris repeatedly dodged questions. Harris refused to directly answer a Pence question about whether she and Biden would add justices to the Supreme Court if they were elected.

Pence, like Trump at last week’s debate, refused to say whether Trump would honor the results of the election if he lost. He also sidestepped a question on how the administration would protect patients with pre-existing conditions of it is successful in a court challenge against the Affordable Care Act, which provides those protections.

One of the debate’s more memorable moments came when a fly landed in Pence’s white hair, settling in for an extended stay and building a quick following on Twitter, where the hashtag #fly2024 was born.