A ‘new normal’ for employee benefits? What it could look like 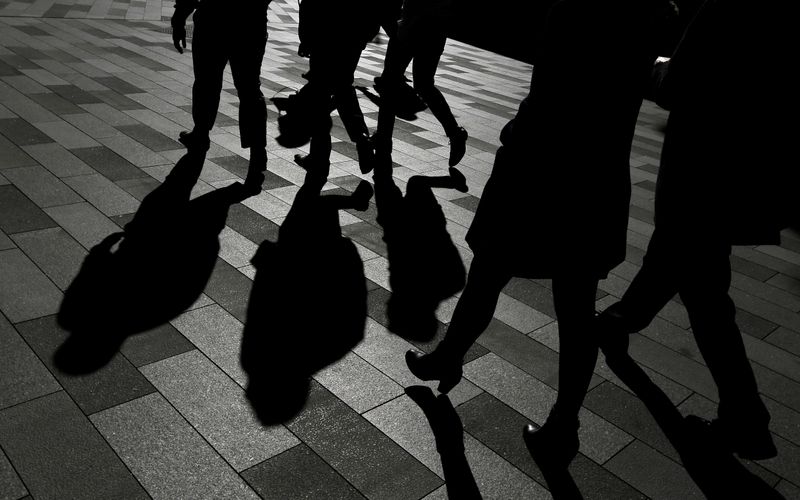 NEW YORK (Reuters) – During the past year, there is a good chance that you and your priorities changed significantly.

The things you used to think were important are not so important anymore. And issues you did not even think about before are suddenly very critical indeed.

Those reshuffled priorities are not just showing up in our homes and family life. They are being reflected in the workplace as companies respond with a new menu of employee benefits and rewards.

According to a recent survey from consultants Willis Towers Watson (NASDAQ:), 47% of employers report enhancing healthcare benefits, 45% are boosting well-being programs, and 33% are tweaking paid time off and vacation days.

“Wellness is the top priority that organizations are addressing right now,” says Regina Ihrke, senior director and wellbeing leader for Willis Towers Watson. “Companies had already been starting to go that way, but now that priority has been pushed up so much. We expect this issue to have impact for the next several years.”

So what else might this new normal for employee benefits look like? It can mean back-up support for childcare, as we have seen from firms like CVS Health (NYSE:), Target (NYSE:) and Ally Financial (NYSE:). It might mean telehealth options for employees, as Boeing (NYSE:), Chipotle (NYSE:) and Circle K are offering. Or it might mean no-cost mental-health sessions, as Starbucks (NASDAQ:) has rolled out.

And yes, it might mean hard cash to help workers through this lean period. Many companies, such as Facebook (NASDAQ:), Kroger (NYSE:), Walmart (NYSE:) and JPMorgan Chase (NYSE:), have instituted special bonuses for workers.

It is not just the new and expanded benefits that are taking HR professionals by surprise. It is the sheer speed at which they are taking place.

“Programs that would normally take a year or two to change, are being done in a week or two,” says Scott Cawood, president and chief executive of WorldatWork, a professional association for compensation and total rewards. “I’ve never seen so much speed happening in the space. It gives me hope that even more changes are coming soon, instead of having to wait for annual reviews.”

These revised benefits menus are basically an acknowledgement that employees are feeling stretched right now – mentally, emotionally and financially. It is in everyone’s best interest that companies help their staffers keep it together.

Of corporations offering new or expanded benefits, the most popular option (27%) was a more flexible schedule, according to an April survey from WorldatWork. This was followed by mental health services (21%), online fitness (13%), meditation classes or apps (12%), and nutrition support (7%).

Of course, not all benefits are being beefed up – after all, they cost money, and many firms are in real financial trouble. Multiple companies are suspending or scrapping 401(k) matches, for instance, to hold on to enough cash to survive this period. Sixty-seven firms have done so thus far, according to a report from Boston College’s Center for Retirement Research.

With added wellness benefits, the deeper question is whether they can truly last. At some point, when the current crisis has passed, companies may decide that they are not worth the additional expense.

What we may end up seeing is more individualized benefits menus, says WorldatWork’s Cawood. Instead of all rewards being extended to all employees, for instance, companies could see cost savings with a more targeted approach – letting staffers select the ones that are the most meaningful for them.

One thing is certain: Employee benefits are no longer playing a supporting role in matters of compensation. They have stepped into the spotlight at center stage.

“In the past, employees might have ticked a few boxes and then never thought about benefits again,” says Cawood. “They’re taking them much more seriously now. Because if you don’t have them, the implications can be very stark.”

Indeed, just ask Tammy Marentette. Near the end of March, the Detroit-based senior analyst for banking firm Ally Financial, started feeling ill with a fever, nausea and vomiting. She could barely drag herself out of bed, with “no energy to do anything,” she remembers.

If there was a silver lining to her ordeal, it was this: Her employer had rolled out extra benefits coverage for the coronavirus crisis. Marentette did not pay a nickel for testing or treatment. In fact, she was given paid time off to recover, so she never had to dip into personal or vacation days.

It took a few weeks to convalesce, but Marentette is feeling 100% now and back on the job.